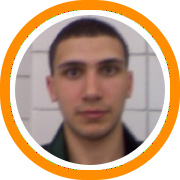 Mike Byron, Oliver Ames HS (MA) – The senior scored a career high 46 points in an 81-53 win over Weymouth.  He was pulled from the game after only one minute of action in the fourth quarter because of the lopsided score and could have easily gone for 50+.  In fact, 33 of those points came in the first half.

Louis Montes, Brockton HS (MA) – The senior forward scored 25 points to lead his team to a victory over Xaverian 96-64 in the opening round of the Brockton Holiday Tournament.

Shannon Foley, Natick HS (MA) – In the first round of the Notre Dame Academy tournament in Hingham, Foley dropped 35 points, but ultimately it wasn’t enough as Natick fell to North Quincy 58-56.

Ryan Spencer, Franklin HS (MA) – The Panthers claimed their second North Attleborough Holiday Tournament title in as many years and Spencer claimed MVP honors thanks to a career high 31 points in the championship game.

Andre King, Sabis Charter (MA) – King scored 29 points and pulled down 10 rebounds as Sabis defeated Hampshire Regional to maintain their undefeated start to the season at 6-0.

Cal Shorey, Calais HS (ME) – The senior forward scored 21 points and grabbed 16 rebounds to lead Calais to a 67-55 victory over Washington Academy on Monday night.

Eddie Bogdanovich, Portland HS (ME) – Portland withstood a big test from Biddeford as they pulled out a 68-58 victory behind 22 points and 13 rebounds from their Bates bound big man.  Koang Thok chipped in with 15 for Portland.

James Morse, Thornton Academy (ME) – Just another day at the office for Mr. Morse as he scored 25 points and handed out 7 assists on Tuesday as Thornton easy handled Scarborough 64-39.

Jacob Moore, Hampden (ME) – In a battle between two of the top teams in Maine’s Eastern A division, Hampden defeated Mt. Blue in an overtime thrilled.  Moore led all scorers with a dominant 35 points.

Jasmin Handanovic, Milford HS (NH) – A week after picking up MVP honors at the Keene Christmas Tournament, Handanovic went off again, this time scoring 27 points including 7-7 from the free-throw line.

Joe Sciro, Westerly HS (RI) – He had 30 points and 13 rebounds in a win over East Greenwich.  The senior forward also handed out 9 assists and consequently just missed out on the triple-double.

Billy Soriano, Mount Pleasant HS (RI) – With 30 seconds left to play in regulation and his team trailing by two, Soriano calmly knocked down 2 free-throws to force over-time.  Then the sophomore scored the first 4 points of the extra session, finishing with 21 for the game, to lead his team to a 66-63 win over La Salle.  Frank Robinson added 19 for Mount Pleasant and Pucci Angel led La Salle with 23.

Kelvin Walker, Shea HS (RI) – Walker turned in big performances in consecutive games as he went for 23 in a 72-50 win over Pilgrim and another 21 in a 65-56 win over Lincoln.

Matt Barboza, Bishop Hendricken HS (RI) – In Bishop Hendricken’s latest test, Barboza proved to be the second half hero, scoring 17 of his 22 points after halftime to lead the defending champs to a 56-44 decision over Cranston West.

Ethan Smith, Cranston West HS (RI) – The senior captain certainly was the leader down the stretch as he netted a trio of big three-pointers to lead Cranston West over their rival Cranston East.  Smith, who finished with 28, hit two of his long range bombs in the final minutes of regulation and another in overtime.

Eric Dubuque, South Burlington HS (VT) & Demir Smajovic, Essex HS (VT) – Two of the Vermont’s best juniors had excellent performances as Dubuque led South Burlington with 24 points en route to a 65-61 win, while Smajovic had 28 in the loss.  Both showed nice range shooting the three-ball while also getting to the rim.

Nick Meunier, Rice HS (VT) – The senior big man dominated the paint and came up with a triple double (28 points, 13 rebounds, 10 blocks) in the process as Rice crushed Brattleboro 71-48.

Joe OShea, Burlington HS (VT) – The junior sharp-shooter nailed 24 as Burlington High School traveled to Mount Anthony for what was supposed to be a test, but ended up with another dominating win, 83-54.

Spencer Noon, Farmington HS (CT) – He went to the line and made an incredible 18 free-throws, en route to scoring a game high 31 points, leading Farmington to a hard fought 67-62 win over South Windsor.

Tevin Baskin, Trinity Catholic HS (CT) – Baskin led his team to the championship of the Cadets’ Holiday Tournament by scoring 21 points (15 in the second half), grabbing 9 rebounds, and blocking 5 shots in the championship game, picking up tournament MVP honors in the process.

Jon Nazarko & Danny Majchrzak, East Lyme HS (CT) – They formed a potent inside out duo as Nazarko finished with 30 points and 14 rebounds and Majchrzak 18 points and 7 assists as East Lyme handled Woodstock 83-71.

Dominique Langston, Kolbe Cathedral HS & Greg DeSantis, Notre Dame HS (CT) – Two of the CIAC’s best players led their teams into a non-league match-up on Tuesday night.  Neither disappointed as Langston finished with 28 and DeSantis 31, both scoring clutch buckets in the final 30 seconds.  Ultimately, Kolbe made one more shot than Notre Dame and won 66-64.

Spencer Smith, Hillhouse HS (CT) – Hillhouse head coach Kermit Carolina called him one of the most underrated players in the state of Connecticut after the game and he certainly proved his coach right as he scored 24 points, including 12 in the fourth quarter, to lead Hillhouse over Wilbur Cross 80-48 in the battle for New Haven.