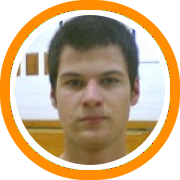 The theme of the first half of the day Saturday was the emergence of some quality prospects who had been previously flying under the radar.  Here is a look at some individuals and teams who have shined thus far:

•  Koang Thok, MB Nation u16:  The Maine native proved himself to be one of the most exciting players in the 16 and under division.  He shot the ball well from the perimeter while also being explosive off the dribble when the opportunity presented itself.

•  Sam Martin, Rhode Island Hawks Black u17:  Martin knocked down 7 three-pointers in two games as his Hawks team ran away with their pool.  He was supported by Tim McKinney who scored 20 in the first game of the day while also showing his ambidextrous ball-handling and passing ability.

•  Tucker Esborn & Jefferson Lora, Connecticut Hoopstars u17:  This may be the most talented team in the history of the Hoopstars program.  With shooters like Esborn (22 points vs. New England Select), Tyler Burkhart, and David Dempsey they are able to spread the floor beautifully, which allows big man Jefferson Lora to go to work in the middle.  Zach Russo also provides great leadership at the point spot as he throws the ball ahead in transition and distributes the ball with excellent efficiency.

•  New England Expressions u17:  Today was the much anticipated debut for New England’s newest Nike sponsored team.  It is hard to pinpoint individual performances as the 11 man team shared the ball and wore down a talented MB Nation team with 32 minutes of full court pressure.  Ultimately, all 11 players scored while no one had more than 12 (Mike Marra).

•  New England Playaz u17:  As expected they were dominant in their upcoming round as Nadir Tharpe did a great job making plays for his teammates.  Also impressive was freshman phenom Alex Murphy who not only looked comfortable playing in the older age bracket, but was also one of the better players on the floor.

•  Ronald Abwoch & James Morse, MB Nation u17:  Behind Abwoch and Morse, MB Nation was able to keep it close for the first 16 minutes of their match-up with Expressions.  Abwoch made some very difficult shots from the perimeter while Morse utilized his physical strength against opposing guards.

•  Eric Benvenuti, New England Select u17:  Benvenuti was a lone bright spot for Select today as he shot the ball well from the perimeter and even showed a willingness to bring smaller defenders to the low post.

•  Heyden Palozej, Connecticut Gold u17:  For the second consecutive day Palozej was the most impressive player on the floor for Gold.  He has great toughness and also continued to make shots despite his unorthodox stroke.

•  Connecticut Basketball Club u15:  CBC has established themselves as the team to beat in the 15 and under division.  Led by the dynamic backcourt of Anthony Jernigan and Jerome Harris they ran away with the 8:00am game this morning and seem to be a lock for the final.