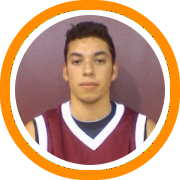 The University of Vermont was looking for a point guard late in the recruiting year and they came away with a solid one in NMH post-graduate Josh Elbaum.

The Long Island native committed to Catamounts’ head coach Mike Lonergan on Monday night following a visit to the school over the weekend.

“It obviously happened late but it all worked out,” Elbaum said of his recruitment.  “I’m happy I’m ending up at Vermont.”

“I visited last Friday and really loved it, loved Burlington, loved the school,” he said.  “I really liked the coaches too.  I thought they were all good guys.  They offered me yesterday [Monday] and I called them later last night and confirmed that I wanted to go there.”

Prior to arriving at NMH for his post-graduate year, Elbaum starred at St. John the Baptist High School in West Islip, New York.  He was a three year starter and 1000 point scorer during his career and was named the Long Island Catholic League’s Most Valuable Player as a senior.

“I wanted to go to a school where I could get a great education and have a great experience basketball wise,” he said.  “That’s why I came to NMH, because I thought they could help provide that for me.”

At Northfield Mount Hermon, he joined arguably the school’s best team ever as they advanced to the finals of the National Prep Championship.  Elbaum is the sixth member of NMH’s class of 2010 to earn a division I scholarship, with that number sure to climb to seven when Majok Majok makes his decision.

Elbaum made his first appearance in New England last spring and summer, running With Expressions Elite on the grassroots circuit.

The next step in Elbaum’s basketball journey leads to Vermont, where Mike Lonergan’s club recently captured the America East championship and advanced to their first NCAA tournament under Lonergan’s leadership.

Despite the Catamounts recent success, Elbaum should still have the opportunity to earn immediate playing time.  With the graduation of starting point guard Nick Vier, UVM returns only New England products Joe Accaoui and Simeon Marsalis in the backcourt, meaning that both Elbaum and fellow freshmen guard Sandro Carissimo, who is more of a combo, could potentially earn time.

“He’s an elite defender and I think he’ll make an immediate impression in the American East,” said NMH head coach John Carroll, “Josh is a great, great kid and we’re proud to send another NMH kid to UVM.”

Elbaum will join his NMH teammate, Clancy Rugg, a Vermont native in the Catamounts freshmen class next year as Rugg only recently accepted a walk-on spot on the team.