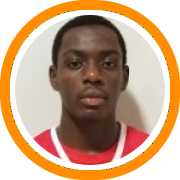 Nike's Elite Youth Basketball League got underway this weekend in Hampton, Virginia with BABC and Expressions being among the 40 programs in the field.

BABC went 2-2 on the weekend, winning their final two games of the weekend including a 62-61 game against King James and then a dominant showing on Sunday morning against Northwest Express.

With Ikenna Ndugba still out with injury and Ryan Layman out of the line-up to start the session, BABC only had 8 active players when they opened against MOKAN Elite, and while they dropped that opener 70-68 it was still a solid showing for the three-guard line-up of Bruce Brown, Tommy Mobley and Patrick Fisher who finished with 19, 18 and 17 points respectively. Brown also added 9 rebounds, 5 assists and 3 steals. Next up was a game against the defending EYBL champions, NJ Playaz, and Myles Powell shot his way to 27 points while Brown led the way with 17, 7 and 5. Kevin Margo also had a big game for BABC in this onen with 16 and 9.

With their backs against the wall after an 0-2 start, Brown delivered 24 points and 7 rebounds to lead the win against King James while Fisher had his third consecutive game in double figures with 11. BABC delivered their best showing of the weekend on Sunday against NW Xpress. Four players scored in double figures as Marfo and Robert Martin Jr. both had their best showing of the weekend as Marfo had 17 and 7 and Martin 11 and 7. Fisher continued his solid play with 12 points and 4 steals while Brown continued to stuff all columns of the stat sheet with 12 points, 7 rebounds and 5 assists.

Expressions might have finished with a record of 1-3 on the weekend but they did so with one of the youngest line-ups in the EYBL and were never out of any of their games. They opened with a 62-54 loss to E1T1 in a game that was actually even closer than the final score indicates. Nick Richards, a sophomore big man at St. Patrick's (NJ), had 16 points and 4 rebounds while Jordan Scurry knocked down three three-pointers for 13 points.

Richards and Scurry were both in double figures again on Saturday morning as Expressions knocked off CIA Bounce 58-55 while Donovan Love had his best outing of the weekend as well with 11 points, 5 assists and 4 steals. Saturday's nightcap came in a 56-60 loss to the host program, Boo Williams. Marcus Zegarowski had 16 points while going head to head with ESPN 25 point guard Matt Coleman while fellow sophomores Kimani Lawrence and Richards both had their best outings as well with 13 points/6 rebounds and 11 points/11 rebounds respectively.

Sunday morning was a 67-57 loss to a City Rocks team that went 3-1 on the opening weekend. Jermaine Samuels got going in this one, joining Lawrence as the two sophomores finished with 12 and 10 respectively.

In the 16u Nike Invitational, Expressions came out of pool play and advanced all the way to the quarterfinals. Philmon Gebrewhit was impressive on the weekend, showing a size and length on the perimeter along with a versatile scoring arsenal while the backcourt of Jordan Mello-Klein, Joe Kazperzyk and Derrick Ellis all played well while Sampson George was an almost unmatched physical prospect inside the paint.

BABC also impressed in the 16u Nike Invitational, going 2-1 in pool play but not advancing because of the point differential rule. Justin Mazzulla and Jakigh Dottin led the way in the backcourt while Garrett Stphenson anchored the team on the interior. Javaughn Edmonds also stood out as a talented long-term prospect on the wing.