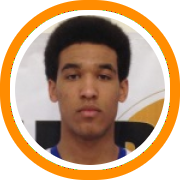 Our sixth and final state recap looks back on the season that was in New Hampshire.

Manchester Central took the Division I crown with a dramatic 60-58 overtime win over Merrimack, only after a potential game winning three-pointer was ruled after the final buzzer.

Jaylen Leroy led Central with 25 points, 7 of which came in overtime. Jon Makori added 13, including 4 in overtime. Merrimack was led by Zak Kerr’s 21 points while Ian Cummings had 14, Ian Roberts 11 and Andrew Wojciak 11.

Cody Graham fought through a cold shooting performance to finish with a game high 17 points while Shon Parham added 11. Lebanon star K.J. Matte was the priority for Portsmouth’s defense all night long and was held to just 8 points despite attempting 20 shots from the field.

Keith Brown, who was named the Gatorade Player of the Year in New Hampshire earlier in the month, was the hero down the stretch. First, he made a pair of free-throws to push the Pelham lead to five with 22 seconds left on the clock, then after Kearsarge made a three and got the ball back for one final possession, he came up with a steal and knocked down two more free-throws to solidify the championship.

Littleton took the Division IV state championship with a 38-36 win over Portsmouth Christian at Dover in a match-up of the top two seeds in the field.

Shortly after the state champions were crowned, the NHIAA released their post-season award recipients.