News and Notes from Around New England 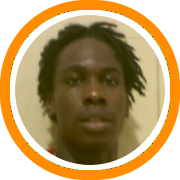 The 2008 New England Elite 75 Showcase made the national news for the first time as Jeff Goodman discussed the event in his blog.  To check it out visit http://community.foxsports.com/blogs/goodmanonfox.  In years past the event has been covered by the likes of Scout.com, Rivals.com, Hoop Scoop, ESPN’s Scouts Inc, Tom Konchalski’s HSBI Report, SLAM Magazine, RISE Magazine, the Hartford Courant, Worcester Telegram, and Boston Herald.

The New England Elite 75 Showcase will be held on Thursday, August 14th from 4pm to 10pm at Boston University.  The first round of invitations has already been extended, although we saved some spots for players who prove themselves worthy during the month of July.  As always, the New England Recruiting Report staff will be out in full force this month to see who is playing well.

Super 16 Schedule Will Be Out Next Week

The field is set and the schedule almost completed for the first ever Super 16 Showcase to be held on Tuesday, July 15th at Quinnipiac University.  The NCAA sanctioned event will feature such teams as the New England Playaz, Expressions Elite, Upstate Basketball, New Jersey Cyclones, Connecticut Basketball Club, Metro Boston, MBR, Westchester Hawks, and many others.  We are expecting to attract a variety of coaches from the division III level all the way up to high major programs.  Erik Murphy (committed to Florida), Mike Marra (committed to Louisville), and Brandon Triche (consensus top 50 player in the nation) headline a talented group of individual prospects who will be in action.

Unfortunately, Reebok has been forced to cancel their Proving Ground event scheduled for July 9th and 10th at the Mansfield Sports Plex.  Reebok still has a full schedule this summer as their All-American Camp will be held on July 6 – 10 in Philadelphia, their summer championships will be played in Las Vegas from the 22nd – 26th, and they will have Proving Ground camps in Atlanta, Chicago, and Seattle.

An unusual number of local teams are choosing not to travel to Las Vegas for any of the three shoe sponsored tournaments.  Instead, many programs (such as BABC, Expressions, CBC, MBR, Mass. Raiders, Metro Boston, CT Hoopstars, and Boston Warriors) are headed to Orlando for the Super Showcase.

CCRI has added two more players to their recruiting class, and they should both be immediate contributors.  Adalberto Bueno and Quantel Brown are two scholarship level talents who have a chance to play themselves onto the division I level after spending two years at CCRI.

Suffolk Head Coach Adam Nelson has added two more local talents as Jevic Muteba from Revere High School in Massachusetts and Jelan Miller from Classical Magnet in Connecticut have both committed.  Muteba is a big time athlete who makes plays above the rim, while Miller is a long combo guard who excels with his dribble penetration and on-the-ball defense.