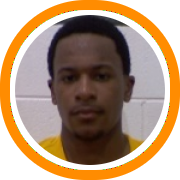 Kyle Cain's recruitment was much different the second time around.

The Chicago native took visits to Illinois, West Virginia, and Arizona State within the last three weeks with other reported interest from Alabama and several other BCS level schools.

On Saturday Cain made his pick and committed to Arizona State head coach Herb Sendek.

Cain cited the opportunity for immediate playing time and his relationship with Sendek, after the Arizona State head coach handled his recruiting himself, as the biggest reasons for his commitment.

In Cain, Arizona State has landed an explosively athletic forward best described as a hybrid four but quickly developing the skill set to be productive on the perimeter.