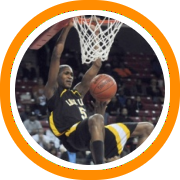 Of all the states in New England, New Hampshire is the one whose rankings are most overrun by prep school products.

The reason is twofold.

First with powerhouse programs like Brewster Academy, New Hampton, Tilton, Phillips Exeter, Proctor, and Holderness, the state welcomes a plethora of new talent to its borders every year.

Secondly, those same schools also attract a lot of local talent away from the public school leagues.

Of the top 30 ranked players in New Hampshire’s Class of 2010 only ten are natives of New England, five are residents of New Hampshire, and one currently plays in the NHIAA.

Will Barton is the most prominent newcomer to the region.  The Brewster Academy swingman is a consensus top ten player in the country and often regarded as the very best shooting guard prospect in all of the land.  To say it plainly there is nothing Barton can’t do.  He shoots it with range, has an established mid-range game, is smooth going to the rim, has good athleticism, amazing body control, staggering length, and the ability to create for others as easily as he scores himself.

With all of these tools at his disposal, Barton has the potential to play this game at the very highest levels one day.  But the road from now until that day is a process and the Memphis bound swingman has plenty of things to work on along the way.

First and foremost is a need for maturation.  Physically, he needs to add a good deal of muscle to his currently lean frame and mentally he needs to learn to play with his emotions under control.  The cost of Barton’s unparalleled ability is the coinciding responsibility and if he learns to do all the little things that make a team successful, his teammates will follow…not just at Brewster, but at Memphis, and beyond.

Massachusetts native and Tilton star Gerard Coleman is the second ranked prospect in New Hampshire, and arguably the best player at the moment.  Coleman has been on a tear to start the season, not just putting up big numbers in the scoring column, but leading his team defensively and evolving into more of a leader every day.  His dominance has been the reason behind Tilton’s strong start to the season as they’ve knocked off St. Mark’s, Phillips Exeter, and Notre Dame Prep.

Providence College will be the lucky recipient of Coleman’s services next year as he figures to make an immediate impact in the Big East.  His need for more consistency on his three-point shot and additional muscle mass are undeniable, but the West Roxbury native has played at the very highest levels of competition over the course of his career and no one has ever been able to stop him from scoring the ball.  Our prediction is that he will play his way into the Friars’ starting line-up, be among the Big East’s top freshmen scorers, and contend for all-rookie honors in the conference.

Another Massachusetts native, Evan Smotrycz, is third on the list.  Fresh of his commitment to the University of Michigan, Smotrycz had a tremendous spring on the AAU circuit, culminating with a terrific performance at the NBA Players Association Camp.  Like most others, Smotrycz has to continue to get stronger and improve defensively, but we think he made a great choice in the University of Michigan as John Beilein’s system is perfectly suited to highlight Smotrycz’ combination of size and skill.

Fourth ranked Dartaye Ruffin is the early favorite for steal of the year.  The Stoughton native signed with Drexel last year and has remained loyal to Bruiser Flint despite generating a significant high-major buzz.  Ruffin’s total value is rarely demonstrated adequately in a stat sheet as the six-foot-eight power forward doesn’t need to score in high volume to be effective.  Instead, he is one of the best pound for pound rebounders in all of New England as well as an outstanding team defender who is equally effective defending the ball on the block or rotating from the weak side.

Newly arrived C.J. Fair checks in at fifth on our list.  Long and athletic, the Brewster Academy product is the prototype Syracuse forward inside their 2-3 zone.  We have him lower on this list than most would, not because we think any less of him, only because we believe Ruffin to be that underestimated.

New Hampshire natives on the list include: New Hampton’s Eric Dean at 23; Proctor Academy’s Ben Bartoldus at 24; Tilton’s Alex Stoyle at 26; Tilton’s Will Bayliss at 29; and Nashua South’s Jake Nelson at 30.

To view the rankings in their entirety click here.