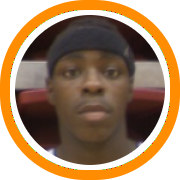 Louis Montes – Sporting a bearded look, Montes was a man amongst boys with the guys who tried to defend him. He was able to power his way to the basket whenever he felt like doing so as well as make shots from behind the arc. Add on that anytime he missed he seemed to be around the area for the offensive rebound and put back and it was a very well rounded performance from the small forward.

Greg DeSantis – Being the son of a coach is tough and DeSantis flies under the radar because of his small stature, but he played big in the showcase. He found the right spots to set up from and fire away three point shot after three point shot.  DeSantis played within himself as he’s done every time we’ve seen him.

Derek Retos – Another one of those small guys who might not get the respect they deserve but back things up with their play.  Retos was letting his shot fly from far and wide with the result of nothing but net.  At 5’9” he knows what his bread and butter is and it was unveiled for all to see at the showcase.

Mike Rivera – There was never any doubt if he could play; it was just a matter of him growing.  At a legit six feet, Rivera had a great outing at the showcase. He was able to knock down his jumpers as well as get to the basket and finish. Now that he’s got more size to him, look for him to continue his good play into the school year.

Greg Langston – Bothered by a knee injury that occurred during the beginning of the AAU season, Langston looked like he could be back to his bulldog play. He hustled up and down the court finishing plays in transition or fighting for rebounds when his team needed.  If he has recovered fully from the injury the early rankings he had prior to the AAU season could be right back on target.

Greg Jacques – Word has it that Bentley might be in the lead for the talented forward.  Despite the fact that they are a division II powerhouse, it would still be a steal if he didn’t go D1.  He has been productive virtually every time we have seen him this summer.

Rashad Wright - We liked what we saw from the Springfield native on Thursday.  While he has also been a gifted shot blocker, we were impressed with his intensity on the glass as well as an expanded offensive repetoire on the low post.

Luke Matarazzo – The undersized guard is as tough and feisty as they come.  He had people in the gym talking with his ability to get into people on the defensive end as well as make plays off the bounce offensively.

Cory Andrews – We didn’t hear a whole lot from Sacred Heart’s athletic forward during the month of July, but he showed on Thursday that he is still a strong prospect.  His athleticism has always been his biggest strength, but his skills have improved rapidly.

Ryan Romich – This AAU season was a big one for the rising junior forward as he solidified himself as a scholarship level player.  He continued to impress at the showcase as he moved well without the ball, found himself at the right place at the right time, and managed a score consistently within 12 feet of the rim.

Eric Benvenuti – No player may have proved more during the day than Benvenuti.  He came in without much of a reputation, but had plenty of people noticing him by the end of the day.  The 6’6” swingman stroked the three, made shots off the dribble, and even knocked down a couple of step-back jumpers from 15-18 feet.

Will Bayliss – Another guy who made a big impression, Bayliss is a tough and hard-nosed guard who doesn’t back down from anyone.  He gets to the paint with his dribble, plays off of two feet in the lane, and makes a lot of good things happen.

Jason Arias – He proved he belonged on this level as he was opportunistic on both ends of the floor; shooting the ball well from behind the three-point line and containing dribble penetration on the defensive end.

Clancy Rugg – The Vermont native has a high motor and a good nose for the ball.  That was all he needed to be a factor every time he stepped foot on the floor as he was outworking people to get things done in the paint.

Marquis Berry – The Worcester native is at his best in the open floor.  With a strong little body, he can get to the rim, take a hit, and still convert.  His perimeter game is beginning to evolve, and as that continues his stock will rise.

Ben Bartoldus – After being sidelined for most of the spring and summer with an injury, the junior guard spent a lot of time in the weight room, and the results are very evident.  He is simply a much more assertive player, on both ends of the floor, then he was when we last saw him during the high school season.

Phil Gaetano – A heady point guard who proved he is smart enough to make the easy play – throw the ball to Erik Murphy.  Gaetano probably racked up double digit assists in the first game with a series of interior passes off the bounce and alley-oop tosses to the Florida bound big man.