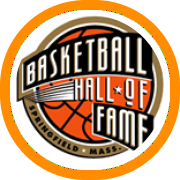 In less than one year since New England Basketball Services was created we have already run several great events including the New England Elite 75 Showcase which featured the top college prospects in the region including Rakim Sanders (committed to Boston College), Alex Oriakhi (committed to UConn), and many more; the Fall Challenge which featured Melquan Bolding (committed to Louisville), Terrell Halloway, David Gibbs (committed to UMass), Chris Prescott, and more; and the National Prep Showcase which included 9 prep school teams that are ranked in the top 10 in the country, countless division I prospects, and 24 players who are ranked in the top 100 players in the country including top ranked Michael Beasley from Notre Dame Prep (committed to Kansas State), Craig Brackins from Brewster Academy (committed to Iowa State), Troy Gillenwater from Stoneridge Prep, Malcolm Grant from Winchendon (committed to Villanova), and Matthew Bryan-Amaning from South Kent (committed to Washington).

Now, in an effort to continue to provide some of the best events in the region that attract talent from across the country, New England Basketball Services is proud to announce a new partnership with Basketbull LLC to run events on behalf of the Naismith Memorial Basketball Hall of Fame. Beginning this spring we will offer several AAU tournaments throughout the year for both boys and girls including the Naismith Hall of Fame Summer Shootout which will be a NCAA live division I sanctioned event in July to be held at the University of Massachusetts, the first annual New England Team Camp which will also be NCAA division I sanctioned and at the University of Massachusetts, the Stars of Tomorrow Camp at the University of Connecticut in August for the region’s top young talent, and the return of the New England Elite 75 Showcase on August 16th at Boston University.

New England Basketball Services takes great pride in being associated with one of the most respected institutions in all of sports, in the Naismith Memorial Basketball Hall of Fame and will strive to continue to run events that are representative of the organization in which they will now represent. Below are the complete listings of events that have been scheduled for the spring and summer of 2007.