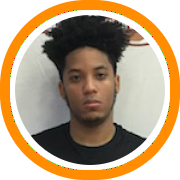 Orangeville Prep's Ignas Brazdeikis was named the event's Most Valuable Player as the future Michigan forward scored a total of 66 points in two games, including a 40 point outburst which went down as the third highest scoring game in NPSI history.

He was joined by fourteen other players on the all-tournament team including 8 from the New England region.

Cole Swider put up 32 points to match Laszewski in their head-to-head match-up on Saturday and lead the Saints to a valiant second-half comeback attempt.

Brewster Academy's Buddy Boeheim was the story on day one, going 7-8 from behind the three-point line to lead Brewster to a dominant win in their only match-up of the weekend.

Tilton's Max Zegarowski put on a similar shooting exhibition on day five, scoring 33 points on 9-14 shooting from behind the arc.

Notre Dame Prep's D.J. Mitchell continued his impressive year by averaging 28 points per game in a pair of hardfought wins.

Redemption Christian's Dalano Banton played some of his best basketball to date, averaging 20 points per game through two contests on Wednesday and Thursday, and showing why Western Kentucky has a steal.

Putnam Science's Akok Akok and Woodstock Academy's Tre Mitchell were the only two juniors to make the list. Akok averaged 13 points per game in two big wins for PSA while Mitchell averaged 21 in a pair of Woodstock wins while also putting up big rebounding numbers.