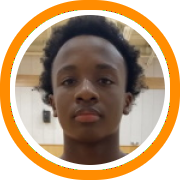 As the grassroots season gets underway, more and more underclassmen are starting to emerge and make names for themselves.

One such player is Azariah Harrison, a freshman guard at Classical High School and with Team New England.

Harrison comes with an already established reputation after putting up big numbers with both TNE and in the city of Providence, where he received multiple MVP awards within their recreation department.

"Azzy is a 9th grader on the Classical HS Varsity team.  He is currently in the rotation as the 6th man.  He is a great kid on top of being a basketball player.  He is strong with the ball and has a good handle, has 3 point range and can create his own shot.  He is also fearless and is aggressive on the court even while playing with older kids.  Azzy is a gym rat and has spent a ton of time with a trainer working on his game and he will continue to do so."
John Kavanagh, Head Coach Classical High School

"I have been coaching basketball for the past 45 years, and have had many good players who have gone to play in college and one that made it to the NBA. I had the pleasure of coaching Azzy for 1 year and he is one of the best players I ever had. He has a solid game. He can shoot, pass, dribble, and play great defense. He was a leader on and off the floor. The teachers at the school I coach at all admired Azzie for the way he handled himself in the classroom. He was a role model on and off the court. Great parents who came to all the games and supported our team. I wish I had another year with this great young man."
Michael Murphy, Saint Joseph School

Harrison is a big-bodied young guard and budding mismatch problem in the backcourt. His broad shoulders and strong upper body allow him to play through contact and hold his own against older competition. He's also skilled though with good shooting mechanics. He's already a consistent catch-and-shoot threat when in rhythm and shows flashes of being able to develop into a tough shot-maker. Long term that combination of power, playmaking, and shooting should give him all the tools to evolve into an ideal pick-and-roll operator as well.