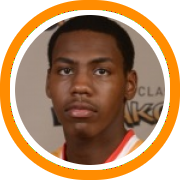 Clark University hosted the NEPSAC finals in Classes B, C, & D on Sunday with a trio of champions crowned before the day’s end.  Here’s a look back on the action:

Both Chase and Boston Trinity were road warriors in the semifinal round knocking off higher seeded home teams to advance to the NEPSAC title game. Chase advanced to the finals by shaking off a slow start in the first half to knock off the top seed, New York Military Academy by a score of 58-50. Boston Trinity also overcame a great deal of adversity to reach the final, coming all the way back from 14 points down in the final four minutes to eventually knock off second seeded Lexington Christian 60-58 to advance to Sunday’s final.

In the opening three minutes the two teams traded baskets with BTA taking a slim 9-6 lead. Chase’s struggles from the field led to Boston Trinity quickly speeding up the tempo in the middle minutes of opening frame. BTA took full advantage of the quick pace converting on a number of transition layups. Sam Brown started a big BTA run with a layup and two three pointers on consecutive possessions. Nisre Zouzoua picked up where Brown left off scoring 12 points allowing BTA to extend their lead. Boston Trinity kept their foot on the gas taking a commanding 44-26 lead into the half.

Boston Trinity was able to maintain control of the game throughout the second half en route to a 74-50 win and the Class D New England Championship. Finishing with 31 points, Nisre Zouzoua took home tournament MVP honors.

Seeds held suit throughout the Class C tournament en route to a clash of the top two seeds in the final. Greens Farms raced out to a quick 10-0 lead, but almost in sync with the arrival of the Hyde student body, Hyde began to settle down and convert on the offensive end. Midway through the first half GFA maintained control with a 16-7 lead.  The GFA combination of Matt Tate and Sunday Okeke proved to be problematic for Hyde, as Tate was able to get out and finish in transition, while Okeke made his presence felt in the paint with a number of tough finishes. Zach Baines also did damage for GFA from mid-range and on the offensive glass helping to lead GFA to 43-20 halftime lead.

The second stanza was a back and forth affair with Hyde shooting their way back into the game. By the seven-minute mark, the GFA lead was down to just seven. Hyde kept fighting and got it down to five points with 3:42 to play, but would get no closer as Greens Farms sealed the game on the defensive boards and from the free throw line as Greens Farms claimed their second straight NEPSAC Class C Championship by a final of 56-45. Zach Baines wrapped up his second consecutive tournament MVP award with a game-high 25 points. Okeke finished with 13 for GFA. Rider-commit Kenny Grant led the way for Hyde with 16 points.

In a battle of contrasting styles Brooks and Cheshire locked up in the Class B final. Cheshire entered the contest known for their high-octane offense, while Brooks entered the games holding Class B opponents to less than 50 points per contest.

Out of the gates Cheshire dictated the tempo taking an early lead, but Brooks quickly settled in and fought hard to get things even before the half. Brooks got as close as 29-27 on a Lavar Harewood three-point play, but could not get closer before the half, as Cheshire took a 31-27 lead into the intermission.

In the second stanza the Fighting Cats of Cheshire began to impose their will and created a comfortable cushion. Brooks fought valiantly down the stretch as Ikenna Ndugba and Lavar Harewood (17 points each) did all they could, but each time Brooks would seem to get within striking distance, Cheshire would make another big play, either from three point range or on the offensive glass. In the end Cheshire was too much for Brooks, winning the Class B title by a final of 66-56. Binghamton-commit Wilfredo Rodriguez led the charge for Cheshire with 16 points earning MVP honors in the process. The championship is Cheshire’s first in school history.