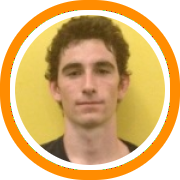 Avon Old Farms was the host site for the Class B, C, and D NEPSAC New England Championships.  Here's a look back at the action:

MacDuffie was hoping to win a NEPSAC title game for the first time since the Tony Bergeron era, but Hoosac had different plans in mind, ultimately outlasting the top seed for a 64-57 win and the class D championship.

Hyde and Hebron took the road less traveled to get to the Class C final, as both teams combined to knock off the top four seeds of the tournament. Tied at 32 at the half, both teams came out fighting hard to begin the second half. Little would be decided in the early minutes as the two teams traded hoops to stay knotted at 37 with just over eight minutes remained in the game.

With seven minutes to play, the size of Hyde began to wear on the much smaller Hebron team. Hyde began to limit Hebron to one shot per possession, and turned up the tempo. A 9-0 run later, and Hyde had taken the momentum.  Hebron didn’t quit behind a loud rally cry from their crowd, but the size and athleticism of Hyde proved to be too much. Robert Lewis did a great job controlling the tempo for his team down the stretch as he took home Tournament MVP honors. Lewis finished the game with 15 points, 9 rebounds, and 5 assists.

Rivers came out of the gates on fire, building as much as a 16-point lead to the midway point of the opening half. Super sophomore Carlin Haymon continued his hot shooting from behind the arc, and got to the rim with ease for Rivers.

Beaver Country Day played through their cold shooting early and began to chip away at the Rivers lead. With three minutes remaining in the opening stanza Beaver went on an 8-0 run capped off by a Joe Connolly three-pointer as time expired, giving Beaver some momentum heading into the half. Rivers led at the half 29-21.

The Beaver momentum continued into the second frame as they evened the score with just under twelve minutes to play. The two teams traded big shot after big shot for the next few minutes as neither team wanted to let the game slip away. After being held in check with just four points in the opening frame, Beaver’s Jeff Spellman began to step up when his team needed him most. Spellman found his rhythm with a runner in traffic, then a couple possessions later connected from long distance in front of the Beaver bench. During this same stretch, River’s Kyle Reardon would not be out done, as he knocked down a couple shots and had a tough finish is traffic of his own. In the second half alone there were nine lead changes. Jherson Colon and Carlin Haymon both were outstanding, during this final stretch as they both got into the lane and found open teammates.

On what proved to be the final offensive possession in the half court for Beaver, Colon drove baseline for a floater that was just a bit long, but Jacquil Taylor (9 points) was there to clean up the miss and give Beaver a 5-point lead with just under two minutes to play. Rivers was able to get to the free throw line in the final minute, but could not convert in the final seconds. Beaver’s Joe Connelly iced the game, knocking down four free throws in the final seconds, securing the 2012 Class B New England Championship for Beaver Country Day School.

For Rivers, Carlin Haymin finished the strong afternoon with 19 points, 7 assists, and 3 steals. His running mate and University of Rochester-commit, Kyle Reardon ended his Rivers career with a great showing of 15 points, 12 rebounds, and 3 assists.