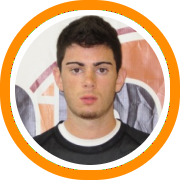 NEPSAC realignment has created ripple effects along all of the six leagues within New England’s borders.  Classes B, C, and D will all have new champions this year as last year’s winners can all be found in AA.  Here is a look at some of the favorites:

Rivers – Head coach Andrew Mirken has a deep and talented squad on his hands that looks poised to contend for the class B title.  Kyle Reardon is a skilled junior swingman who should play a starring role while Carlin Haymon is a playmaking lead guard who returns to run the show.  Taariq Allen and Shaquor Sandiford are two high level athletes on the wing while newly arrived big man Nick Lund will anchor things in the paint and Andrew Kaufmann provides a talented young forward.

Kingswood Oxford – Realignment comes a year late for K-O as they likely would have taken the title in this league last year.  They have a good shot again this year after returning their starring backcourt from last season’s 23-2 team.  Tylon Smith Jr. is one of the best players in the league while Mike Deffley is another high volume scorer who teams with junior Zach Restifo to form a sharp-shooting duo on the wing.

•  Brooks has a dangerous new duo with Connor Mahoney and Anthony Barry both transferring in and teaming with returning guard Aaron Davis to give the team a talented big three.

•  Berkshire has a talented backcourt that could cause some damage with sophomore point guard Diamonte Zarba and junior swingman Ahmad Reid.

•  Westminster returns big man Matt Wilson and has a much improved supporting cast who should make them dangerous in the new class B.

•  Canterbury may be the most improved team in the league with a new coach and a handful of new talent on the roster including a seven-footer in the middle.

•  Cheshire Academy will have to overcome the loss of Eric Katenda and Jamel Fields but has another gritty team that should show well under head coach Kevin Kehoe.

Hamden Hall – Junior guard Victor Joshua is coming off a breakout summer and he will have some added help inside this year with six-foot-seven Daryl Best Jr. and six-foot-six Darren Payen transferring in from Career and Foran respectively.

Beaver Country Day – Sophomore Rene Castro is the league’s top player and could end up averaging 30 points per game in this league.  He won’t be alone this year though as freshman point guard Jeff Spellman appears capable of making an immediate impact.

Pingree – They return four starters from a team that went 23-6 a year ago including six-foot-five senior big man Connor Cash.  Junior point guard Isaac Carp is the most notable addition and should make an instant impact at the point.