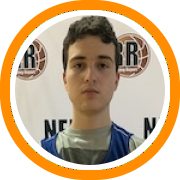 It’s been a week of NEPSAC previews all leading to this weekend’s Scholar Roundball Classic, which tips on Friday at Babson College and runs through the day on Sunday.

After profiling class AA and A in the last two days, today we’ll shift our attention to class B, a league that has gotten increasingly more competitive in recent years with several of class C’s best programs having moved up. In fact, the battle for the post-season is probably more intense here than in any other division of the NEPSAC and this year.

The competition for the championship should be equally competitive. Hamden Hall, a day school without post-grads, defied the odds to win it last year but have since lost three scholarship players to the college ranks.

Here’s a look at some of the most likely contenders:

Brooks School – A perennial favorite in class B, Brooks is always both talented and extremely well-coached under John McVeigh. Their frontcourt tandem of Myles Foster and Colgate bound big man Sam Thomson is probably the best in the league while Olu Oladitan adds another more than capable big body up front. Tyler Whitney-Sidney is one of the league’s best playmaking guards while the arrival of fellow junior George Smith gives the team one of the best shooters around. Add Darrel Yepdo, a top sophomore guard in New England, to the mix and Brooks certainly looks like one of the favorites again his year.

Canterbury School – Canterbury is loaded this season as head coach Brian Baudinet appears to have his most talented team yet. Post-graduate Michael Graham is a rapidly emerging and late-blooming big man with a high-motor and significant upside. Sean Durugordon is a true senior who looked like an undersized, but ultra-efficient big man this summer, but showed all kinds of new dimensions this fall though and might be on the verge of taking his game to new levels. Trayvon Alexander, one of the most underrated point guards in New England, is back to run the show while Trinity bound guard Charlie Campbell, a gritty scorer and competitor, joins him in the backcourt while Marlon Short is back on the wing. Trevor McDonald and Ben Bochicchio provide two talented youngsters.

St. George’s – St. George’s is deep and led by the pre-season favorite to win the league’s MVP award, Tyler Kolek. The George Mason bound guard is a lethal shooter, rapidly emerging playmaker, and as tough as they come. He’s joined in the senior class by Samuel Adusei, Carter Dummett, and Jayden Dummett, who have all come up the ranks under head coach Dwayne Pina. Junior guard Dominic Mellow, a lethal scoring guard, teams with Kolek to form one of the league’s best backcourt, while Ethan Augusto and Makai Murray are two other juniors expected to contribute. Underclassmen to watch include Miles Fiore, Alpha Barry, and an especially talented freshmen tandem in NeJohn Fortes and Taylor Bol Bowen.

Beaver Country Day – Tyson Tyler gets his chance to slide over a seat this year and has a host of talent at his disposal. BU bound Anthony Morales is one of the most versatile playmakers in the league with an uncanny combination of size, fluidity, and ball-skills. Stephen Ward is another experienced veteran who is also off the board following his pledge to Bates while Malachi Harris is another college prospect in 2020. The arrival of Aaron Cooley in the junior class provides BCD with another potential star and highly versatile forward. Fellow junior Jacob Harris should be ready to take a step forward while Gabe Spinelli and Chris Rey are two highly talented sophomores who should have a chance to make their mark this season.

Governor’s Academy – Mike Shelton knows a thing or two about building a winner in the NEPSAC and Govs is now on their way. They already have a pair of committed seniors in John Gorgoi (Babson) and Jason Mahoney (Suffolk) along with a third prospect in the class of 2020 who will play at the next level in Eljay Morris. The junior class features Liam Dunfee, Marcus Bucknall, and Drew Sachs, but the arrival of a highly talented group of youngsters is what should take the program to the next level. Will Batchelder is a repeat sophomore and already proven commodity with an early A10 offer to his name while Kalu Anya is another sophomore with a bright future. Freshman Holden Symonds is another youngster who is ready to play a significant role right away and will be a big part of the team’s identity from day one.

Pomfret – Rob Toste has another post-graduate big man from the west coast to boost his club and this year it’s Byrce Johnson, a strong and athletic 6’7” forward who committed to Sacred Heart this fall. Fellow post-grad Bryce Howard provides a playmaking point guard with great speed. Andrew Lufkin, who is already committed to WPI, is a tough and competitive guard back for his senior season while Marcus von Recklinghausen is another returner who has vastly improved since last season. The experience continues with Max Levine, a southpaw wing from Sweden, and John Kazor, a big guard, in the class of 2020. Amon Williams and Ben Kelsey are newly arrived juniors while A.J. Lesburt is a sophomore guard with a good deal of long-term potential.

Westminster – This may be the best Westminster team in recent memory. Chris Robinson is back for his senior year and the electric guard has done nothing but rewrite the program’s record books to this point in his career. He won’t have to be a one-man show this year though. Rafael Carton Charfole is a post-graduate from Spain with good size at 6’7”, a strong body, and the skill-set to stretch the floor. Newly arrived junior Gabe Charleston provides a hyper-athlete on the wing while Tavian Montanez-Ruff a solid running mate for Robinson in the backcourt.

Rivers – Junior forward Camaron Tongue looked like he was bound for high-major recruitment before a surprising early commitment to Santa Clara this fall. He’ll be the focal point for Rivers for the next two years. Tufts bound senior Jay Dieterle is volume scorer who has been putting up big numbers his entire career while junior Jack Richard and sophomore Max Poulton will be important contributors as well.

Marianapolis – Andrew Vitale’s club sent numerous players off to play college basketball in 2019, including Tyler Burton at Richmond. They’ve got solid returning depth in their senior class with Michael Acquaah-Harrison, Ali Abdel-Jalil, and Emre Topcu. There’s also a ton of depth in the junior class where Raymond Espinal-Guzman and Mike Levesque form a dynamic forward tandem.

Millbrook – Justinas Norkus is a 6’9” senior who has improved with each passing year under head coach Billy Thom. He and senior guard Colby Martins will provide leadership this year. The junior class features a formidable perimeter trio in Nick Benton, a powerful wing with a dependable stroke, big guard Seth Caslin, and Charlie Weisberg.

Holderness – Woody Kampmann has some weapons to work with this year. The senior frontcourt tandem of Karl Jeannot and Carter Storey should be a formidable duo up front while Muhamed Kante and Yansel Reyes provide a pair of dangerous playmaking guards in the backcourt. Fellow junior Eli Swanson is another guy to keep an eye out for.

St. Luke’s – Tony Newsom is building the program from the ground up and right now that means an abundance of young talent including Justin Covington, Jahkhi Washington, Sean Clemons, Ryan Frank, Ethan Crawford, Josh Harper, and Baily Finn. Chuck Clemons, Cole Bryant, and Gavin Greene will be relied upon for leadership on an otherwise very young roster.

Kingswood-Oxford – They were one of the most pleasant surprises in Class B last year but won’t sneak up on anyone this year with head coach Brad Seaman and the Meshanic twins returning. Carter Meshanic and Hunter Meshanic are both capable of scoring the ball in bunches and doing it from different levels.

Pingree – Senior Felix Kloman is a big guard and one of the more versatile players in the league. He’ll play a starring role while sophomore Cleto Chol is ready to put up big numbers and will by the piece that the future is built around. Roger Williams bound senior Harrison Latimer should be an important contributor as well.

Hamden Hall – Tim Dawson, Christian Adams, and Byron Breland may all be gone but they return Jackson Benigni, and the Stonehill commit is one of the top players in the league. Jahkai Pettway has improved dramatically since last season and both he and Corey Walters should be ready to take on increased roles this year. Ethan Doherty, Tyler Callahan, and Carson Benigni are all underclassmen who should make an impact.