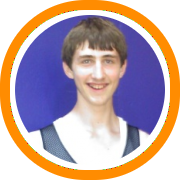 The prep school season is now officially underway at all levels and so it’s time to wrap up our NEPSAC previews with a quick look at class B, C, & D

Class B looks especially deep and talented this season, with a handful of programs capable of contending.  Here’s a look at some of the favorites:

Beaver Country Day: Juan Figueroa’s club moves up from class C and has a loaded young roster that should be poised to contend for years to come.  The backcourt tandem of Jeff Spellman and Jherson Colon returns intact while skilled freshman Jordan Scurry will give an addition spark.  The frontline belongs to the Taylor brothers, Jacquil Taylor and Maurice Taylor, who transfer over from Cambridge Rindge & Latin to give the team a huge boost.

Berkshire: Last year’s Class B player of the year, Ahmad Reid, returns to the line-up, along with scoring point guard Barret Ramsey and a host of other players from last year’s class B finalist.  Reid is a dynamic player, closing in on the school’s all-time leading scoring record and he’ll need to be at his best all year long as Berkshire will have to overcome the loss of Diamonte Zarba, who transferred to St. Joseph’s High School in Connecticut.

Brooks: Having returned the big three from last year’s breakout season, Brooks once again appears to be a threat both in the ISL, as well as in class B.  Aaron Davis brings his talent and expertise back to run the show at the point while Anthony Barry’s athleticism will be the signature of the swing positions and Connor Mahoney will provide three-point shooting and toughness along the frontline.  Continuity should also work in Brooks favor as the trio starred together all summer for the Middlesex Magic.

Canterbury: Head coach Don Gowan has built this program from the bottom up and the 2011-2012 campaign could be a coming out party for Canterbury.  Princeton bound big man Ed Lawrence anchors the middle with his seven-foot frame while Erin Gulersen provides playmaking at the point, Otis Osman a shot-maker on the wing, and Mike Odenwaelder a tough and versatile forward.  Highly talented freshmen Temar Hermelijn and Brandon Augburns are also expected to contribute right away.

Cheshire Academy: Kevin Kehoe’s club has a nice blend of veteran experience and up and coming young talent to list themselves among the contenders to start the season.  A heavy dose of post-graduates includes big man Zach Askew, swingman Al Torrens, and guards Jason Hall-Sergenton and Connor Macomber.  Kevin McDuffie Jr. could prove to be a star while Mike Brusca will also make solid contributions.  Youth is served with Patchie Kehoe, M.J. Kehoe, and Matt Torey.

Rivers: They already opened the year with a big win over Tabor Academy and have the talent in place to have similar success during the course of the year.  Carlin Hayman returns to run the show at the point and has a host of good sized running mates beginning with 6’7” center Nick Lund, 6’5” shooter Kyle Reardon, 6’3” athletic swingman Shaquor Sandiford, and 6’6” up and comer Andrew Kaufman.  Keep an eye on the Red Wings as Andrew Mirken’s squad should be a major threat this season.

Suffield Academy:  Jeff Depelteau has his most talented group yet, complete with size, depth, and experience.  Lafayette bound 6’10” center Ben Freeland teams with 6’4” swingman Erik Sanders to give the Tigers a post-graduate boost, while Jamel Torrence and Colin Pascoe headline a list of returning players expected to make an enhanced impact this year.  Mack Montague, Denzell Jackson, Brice McAllister, and Christian Wilkins all chip in to give Suffield arguably the deepest bench in all of class B.

• Williston Northampton is a program on the rise with the arrival of post-graduate big man Keegan Dunlop along with talented freshman Adeyinka Adams.

• Middlesex will be led by senior guard Tyson Hallowell as they look to make a statement coming out of the ISL.

• Governor’s hopes to slay a few giants this year and they’ve got some weapons in Peter Bocchino and Duncan Robinson.

• Westminster is building their program up and new talent, including junior point guard Kris Hargreaves, will only speed up the process.

Hamden Hall: Can anyone knock off the defending champions?  That’s the questions to start the season in class C.  Hamden Hall is the heavy favorite with the return of Darren Payen, Victor Joshua, B.J. Davis, and Darryl Best Jr. giving them four senior who combine size, speed, and sheer talent.

Greens Farms Academy: They have their best team in recent memory beginning with Sean Obi, who gives GFA a big man in the middle to contend with Payen, while the supporting cast will be led by Hunter Eggers and Matt Tate, who are also expected to put up numbers this season.

Hyde School: Hyde appears to be a re-emerging power in class C this year with the arrival of some new talent.  Rhode Island native Robert Lewis is a familiar face and he joins a line-up that compliments his playmaking ability with size up front as well as perimeter shooting.

• Pingree appears to be deep and competitive and that’s a recipe that’s led to NEPSAC titles for this group in the past.

• Boston Trinity looks to again be among the top contenders in class D.  This year’s roster includes weapons like Tevin Montgomery, Zach Petion, and Elijah Okagbare.

• Word is that MacDuffie is looking to build up there basketball program and so eyes will be on their development this season.