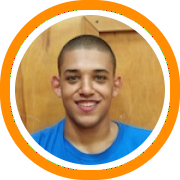 With the ’15-’16 NEPSAC regular season behind us, it’s time to looking forward to a postseason that promises to be as competitive as we’ve seen in years. Without a true favorite in two of the three divisions and depth across the board, this year’s tournaments are guaranteed to provide some drama.

In AAA, New Hampton earned a first round bye with last week’s road win against St Thomas More. Northfield Mt. Hermon’s victory at Bridgton over the weekend put John Carroll’s squad in the same situation. A coin flip ultimately determined who would receive the #1 seed, with New Hampton earning the distinction.

The Huskies were perceived as an improbable top seed heading into the season but have come together to become a uniquely dangerous team capable of winning games in multiple ways. David Dileo and Will Rayman lead one of the top shooting teams in AAA and when the threes start falling with regularity the Huskies are difficult to beat. With plenty of court-spacers around the perimeter, San Francisco bound big man Jimbo Lull has had a breakout season. While New Hampton’s execution is often the key to their success, they’ve got dynamic guards like Malik Massey, Donovan Love and Kristers Zoriks, who are capable of speeding up and creating offense from their defense. Kimani Lawrence and Anthony Gaines provide super athletes on the wings.

New Hampton school awaits the winner of St. Thomas More and Brewster in a match-up of powerhouse programs who feature nearly twenty D1 prospects between them. Jere Quinn's St Thomas More squad enters the post-season with a sour taste in their mouths after dropping contests to South Kent and New Hampton in the last week of the regular season and consequently losing out on the top seed. Now, they’re faced with the unenviable task of stopping the three year reign of Jason Smith’s Bobcats.

Brewster will be faced with the equally tough task of stifling Villanova-bound big man Omari Spellman in the paint, 6’7” shot-maker Charles Brown on the wing, and the disruptive penetration skills of 6’1” Christian Vital in the backcourt, if they plan on advancing past the opening round. The combination of uncommitted guards Julian Batts and Canaan Hartley has also wreaked havoc of late. Batts’ steady hand and dangerous jumper allows Vital to slide over, attack the basket from the wing, and create for his teammates in a variety of ways, while Batts runs the point. Hartley, on the other hand, imposes his will on the defensive end. Combining great man-to-man fundamentals and underrated lateral athleticism, Hartley is tougher than a $2 steak and has become the NEPSAC’s version of a shutdown corner.

Then there’s the aforementioned Spellman. Regardless of how opposing defenses chose to defend him, Spellman has an answer. Featuring the requisite length and strength to bang down low against fellow big men, Spellman also has enough finesse to overmatch smaller defenders without picking up fouls on the offensive end. Spellman also keeps defenses honest by dragging them outside and hitting shots from beyond the arch using sound mechanics, a high release and soft touch. The 6'9" manchild is simply an uber-efficient matchup nightmare.

Brewster will be looking to add another page to the record books. While this year’s team dropped 6 conference games during the regular season, including two to the Chancellors, the Bobcats have enough talent to make a run and no one has a more proven record of success in March than Smith.

The backcourt combo of Alpha Diallo, Deleon Brown, Malik Fitts, and C.J. Keyser has put together solid campaigns and will be the keys to Brewster's success. They’ll have a distinct size advantage in the backcourt against Vital and Co. which they'll look to exploit it on both ends. The 6'6" Diallo has improved his individual stock throughout the season, using his length on both ends of the court to get into passing lanes, score easy buckets in transition and spark Brewster's offense. Limiting Diallo's scoring outbursts will be of paramount importance to STM in the opening round.

Jack Lieb (6’10”), Rapolas Ivanauskas (6’9”), and Taurean Thompson (6’9”) also give Brewster the option of attacking the STM in the paint, while forcing Spellman to expend energy on the defensive end of the court. Lieb has the ability to step out and hit from distance, which keeps defenses honest and opens the lane for Ivanauskas, Thompson, and Brewster's wings to attack the basket.

On the other side of the AAA bracket, #2-seed Northfield Mt Hermon comes into the 2016 AAA Tournament with the youngest roster in the field but two of the most experienced players in the conference leading the charge. Ian Sistare and AJ Brodeur have been fantastic all season, giving NMH two of the best on- and off-court leaders in the NEPSAC.

Sistare is a true antagonist, the type of player you love playing with but hate playing against. Whenever NMH has needed a big basket, a pinpoint pass, or to win a 50-50 battle for the ball, the 6'3" Sistare has stepped to the forefront, while averaging 13 points, 6 rebounds and 5 assists along the way.

While Sistare has been NMH's do-it-all leader, Brodeur has been the consistent post presence that every NEPSAC contender needs. The 6'8" Penn-bound big man has averaged 15 points, 9 rebounds, 3 assists, and 2 blocks a night, while answering the bell on every occasion. Their consistency and versatility has also allowed junior Kellan Grady to work through some early season mistakes while transitioning to a new position. As a result, Grady has improved exponentially over the course of the year and become one of the fastest rising point guard prospects in the country.

The dangerous NMH trio combines with Andrew Platek, Tomas Murphy, Jerome Desrosiers, Nate Laszewski, and others to give John Carroll an enviable combination of size, talent, and depth. They'll await the winner of the South Kent-Bridgeton game.

South Kent and STM finished with identical 6-4 records in conference play. However, the tiebreaker allowed South Kent to claim the #3-Seed and a matchup against Whit Lesure’s Bridgton Academy team.

Kelvin Jefferson's won three of their final four games after beginning their conference schedule 3-3 and have relied on dynamic point guard Tremont Waters to lead the way. Waters has embraced the responsibility to facilitate for his talented teammates this season, dramatically improving his efficiency and play-making ability in the process. Matthew Moyer, Elijah Hughes, Andrew Gordon, and Tyler Foster give Waters plenty of weapons at his disposal, when he’s not breaking down defenses and creating his own shots.

Despite finishing winless in AAA, Bridgton can point to back-to-back 1-point losses to STM and New Hampton in the middle of their conference season, to prove that they have the ability to compete with anybody on any given night.

Bridgton may be battling perceived disadvantages at almost every position against South Kent, but junior point guard Kai Toews and 6’5” lefty Carter Skaggs give them a puncher’s chance every time they take the floor. Toews has the ability to probe the lane and either finish at the rim or create for open teammates on the perimeter. Skaggs is Bridgeton’s most consistent perimeter threat and has sneaky athleticism that allows him to rise up and finish above the rim when necessary. The unsigned tandem of guard Elijah Campbell and forward Maurice Brown will have to come up big on both ends for Bridgeton if they are to come away with an upset in the 1st Round.