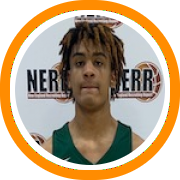 Class AA of the NEPSAC has a much different feel this year with three of the league’s most successful programs in recent years now competing at different levels.

With Vermont Academy now in AAA and both Gould Academy and MacDuffie having moved down, Cushing Academy looks like the early favorite with Worcester Academy being their primary competition. Tilton will be among the top contenders, as they always are, while St. Andrew’s will look to defend their title. Wilbraham & Monson is a sleeper who has already proven they have the talent to beat just about anyone but enough vulnerability to take no one lightly.

Who else could contend for a spot in the post-season?

Kimball Union Academy – KUA is the most under-estimated team in AA. Now under the leadership of Cory McClure, who led Guild to unprecedented heights in recent years, they have to be among the favorites to play their way into the post-season, yet they didn’t crack the league’s pre-season top 8 poll. The Wildcats are already off to a 3-0 start and feature a trio of post-graduates including Dartmouth commit Rob McRae and a pair of local New England natives in Andrew Hartel and Jarron Flynn. Hartel is a 6’9” big man who is vastly improving and yet still under-the-radar after finishing high school in Maine last season and missing some of the summer with injury. Flynn came to KUA alongside McClure, from Gould, and is known for his athleticism but has vastly expanded his skill-set in recent years. Robert Brown is an incoming junior from upstate New York who already holds multiple division I offers while 6’10” sophomore big man Emile Rious is bound to make a big name for himself in the coming months as well. There’s depth to match the high-level prospects as Owen Grady, Quinn Guth, Matt Price, Ryan Banks, Nerud Perdoma, and Davi’on Thompson are all likely to play at the next level.

Winchendon – Like KUA, Winchendon projects as one of the most improved programs in Class AA behind their new head coach. Kevin Kehoe has taken full control of the program after coming on board last season and, not surprisingly, talent is already starting to follow him. Sam Towns is a skilled 6’9” forward from Ohio who has already landed multiple division I offers this year, including a couple earlier this week. He came to New England alongside his longtime teammate, Jay Rodgers, a scoring guard who is also on a division I track. Fellow post-graduates Darragh OSullivan and Djordje Orcev are also scholarship caliber prospects as well and will be no less important to the team’s long-term success. Mason Romano, an athletic forward who reclassified from Newington (CT), is just starting to tap into his talent.

Brimmer & May – It’s an uphill battle for any day school without bordering or post-graduates to compete in this league, but under head coach Tom Nelson, the Brimmer & May program has developed an undeniable pedigree of developing their players and maximizing their talent. While this year’s group is extremely young, the Gators are building a strong nucleus and the foundation for future growth. The junior tandem of Kyrell Luc and Gianni Thompson will be the focal points of the team. Thompson is a versatile 6’7” forward with a wealth of tools and proven learning curve while Luc is an undersized, but explosive, guard who has been on a tear to start the season. The Underclassmen include Jarrel Okorougo and Jayden Okorougo in the class of 2022 and Edrick Quezada and Will Chun in the class of 2023.

Cheshire Academy – Culture is an overused buzz word in coaching communities, but Cheshire Academy is one program that clearly has it. When longtime college coach Jimmy McCarthy arrived last year, it was too late to add to the program’s talent level. So, while they took their lumps last year, it was also clear that McCarthy was going to accept nothing less than consistent energy and that his club would compete to the max on a nightly basis. With that foundation set and the depth of the roster now upgraded, Cheshire will be formidable this season. Canisius bound wing Asa Beyah is back to play a leading role while junior guard Ethan Okwuosa has continued to ascend since last year. 6’7 junior Aidan Godfrey and 6’3 sophomore Cole Wissink provide good long-term prospects to build around while an incoming group of post-graduates will help right away. Nic Button is a knockdown shooter, Giovanni Rubino is skilled with a matching feel for the game, and Timi Ogunkoya and Kenny Wilburn provide the type of size and physicality up front that the team lacked last year.

Master’s School – Tobias Ceasar’s squad returns Jaylen Ricks and Quron Zene Jr, both of whom played an important role last year, and also added another high-level guard this fall in Jadon Archer. Together that’s a trio that is capable of scoring in bunches. Newcomers George Varmah and Jevon Johnson will add to that core while Andre Johnson Jr. will be asked to take a step forward this year as well. They’ll be center stage on Saturday afternoon at the Scholar Roundball Classic and could emerge as an under-the-radar team that has a good chance to compete for the post-season.

South Kent – Mount St. Mary’s bound wing Josh Reaves is back for his second season under head coach Bill Barton and ready to play a starring role as he demonstrated with a 34-point performance on Saturday at the Zero Gravity Prep Classic. There’s a solid supporting cast in place too including a pair of Swedish imports, Amin El Amrani and Chris Lim, who are both with their second year with the program as well. Wrenn Robinson is a big, physical guard with a scoring mentality while Griff Hopkins, the son of Washington head coach Mike Hopkins, is a late-blooming versatile player. Gabe Murphy is a strong-bodied bodied who can stretch the floor while Ian Thurlow is also physically strong with a terrific motor. Luke Bitters is another college prospect in the backcourt.

Lawrence Academy – If anyone underestimated Lawrence Academy to start the season, they should have seen the error in their ways by now. LA knocked off Wilbraham on the road last week and took Winchendon to the wire over the weekend at the Zero Gravity Prep Classic. Davonte Sweatman and Brandon Wiercinski are back on the perimeter. Jordan Richard is back on the wing and 6’8 sophomore Reed Bailey is a talented young prospect to keep an eye on. These guys also play extremely hard, backdown from no one, and play with a chip on their shoulder.

Proctor Academy – Bol Akot is one of the best players, never mind point guards, in Class AA. The senior floor general is an absolute wizard with the ball, a much-improved shooter, and proven playmaker. He has a new running mate inside the lane this year too in James Kamich, a 6’9” transfer from Redemption Christian, who can change the game in the paint on both ends of the floor. The key will be the supporting cast that is comprised of Ashanti Haywood, Darren Watson, Tate Matte, along with some underclassmen.

Bradford Christian – Shot-making wing Joey Merrill is back for his senior season following a big summer that pushed his recruitment to the D2 level. He and Jordan Santos provide stability and experience in the backcourt while Sam Goy and Kuany Teng are two other returning seniors who will need to be big contributors. Jalen Aquino, Robert Bland, and Zaque Warren are newcomers in the class of 2020 to keep an eye on as well.