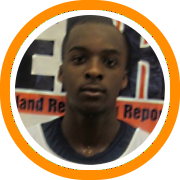 Action is underway at the 2013 Northeast Hoops Fest, with elite amateur clubs from New England, New York, and beyond ascending onto the greater Hartford, CT area for the unofficial kickoff of the fresh grassroots season.  With the April live period fast-approaching, here’s a look at some standout individual performances as players and clubs charge through pool play with sights set on making their presences felt on Championship Sunday.

Michael Gallagher (MB Nation II u17)- A cerebral, crafty playmaker with breakdown instincts off the bounce, Gallagher lived in the lane in MB Nation’s opening game win against Team 518, making several big plays down the stretch scoring and sharing the ball at the second level.

Will Turner (Team 518 u17)- An active, wide-frame upfront, Turner carves out space  with physicality and persistence on the box en route to consistent trips to the free-throw line and multiple second-chance opportunities off defeated block-outs.

Mark Campbell (Team Underrated u17)- Of Campbell’s 14 second-half points in Team Underrated’s massive comeback victory over Stamford Peace in Saturday’s morning session, none were bigger than his acrobatic lay-up through traffic at the buzzer to punctuate a thrilling start for his club at NEHF 2013.  A wiry athlete with natural slashing ability, Campbell scored the ball in volume from multiple angles after halftime to lead a furious comeback for his no-quit group of Underrated teammates.

Evan Skoparantzos (Stamford Peace u17)- A knockdown shooter largely responsible for SP’s run-out to a big early lead on Saturday, Skoparantzos warrants stay-home coverage on all dribble-penetration action and is equally effective getting himself square off quick pin-down hits for his feathery stroke from distance.

Denzel Mitchell (CT Select Ballers Duke u17)- Mitchell (14 points) was filling it early and often in CT Select’s morning match-up with New York Lightning, featuring an explosive straight-line burst to the bucket in transition and the range to stop short of ball-screen action in structure and rise for a smooth stroke from distance.

Troy Pelletier (New England Basketball u17)- The six-foot-three wing converted an array of athletic finishes at the rim en route to a solid double-digit scoring performance for NEB, including an emphatic baseline dunk over a late-rotating defender to showcase his quick-lift in traffic.

Deandrede Rocky (Mass Premiere u17)- Rocky (12 points, five assists) controlled tempo with his quickness and feel as MPC’s lead guard in transition, converting tough buckets off a variety of launch-points in the open floor and showcasing a devastating stroke from three that made him difficult to cover in one-on-one situations in crucial moments down the stretch.

Phil McCould (NY Lightning Napolitano u17)- A wide-body, lunch-pail type finisher on the interior, McCould  (10 points) impacts the game with his size and will around the bucket to bully his way through contact and possess and score the ball over and through less physical opponents.

Chase Daniels (CT Select Simone u17)- Fresh off a LL state title, the six-foot-six Hillhouse-product showed off his impressive frame and length as an athletic, rim-to-rim four, running for buckets in transition and pinning shots off the glass with his chase-down ability as an open-floor shot-blocker.

Kevawn Lord (West Side Terriers u17)- Forming one-half of the most athletic backcourt tandem to take the floor in Trinity’s am session, Lord (28 points) was a menace above the rim against an SP squad playing its second game in three slots, bringing the growing Oosting Gym crowd to its feet with an array of cock-it-back, highlight reel dunks in the open floor off a unique ability to separate quickly of a single bounce on the break.

Joe Crapps (West Side Terriers u17)- Lord’s running-mate in West Side’s dynamic, high-rising backcourt, Crapps (20 points) possesses creative ball-skills and deft playmaking feel to go with his high-level finishing ability around the rim.  Executing an efficient score/share balance as West Side’s primary ball-handler, he proved just as likely to initiate a play with an on-point pass in traffic as he was to convert a scintillating bucket himself with his supreme bounce around the rim.

Kevin McFall (Team Insane u17)- The six-foot-four big was extremely active around the rim in Team Insane’s opening game victory on Saturday morning, completing an impressive double-double performance with 14 points and 12 boards due to his physicality, aggression, and skill-level on the low block.

Shane Pasquantonio (Mass Blue Devils u17)- Rivaling his counter-part McFall’s double-double performance with a high-impact effort of his own, the six-foot-six post impressed with high skill-level around the rim to close down difficult angles and score with either hand through and around multiple bodies with high efficiency.

Pavin Parrish (Lone Wolf u17)- A heady, creative lead guard in the open floor with feel and finesse to go with an elusive first burst, Parrish consistently beats one-on-one coverage to get into the lane and make positive plays through and around bodies in the second level.  A more consistent jumper and continued reps playing in pick-and-roll in high-level game environments will add to his intrigue as a talented prospect capable of scoring and sharing as dual-threat playmaker.

Marcus Willingham (u17)- A high-level two-foot leaper off dump-downs and second-chance opportunities, the six-foot-five forward showed flashes of an emerging offensive skill-set to go with his natural athleticism around the rim.  With an enhanced ability to put the ball on the floor and consistently convert from 15-18 feet, Willingham has match-up nightmare potential as a next level forward capable of facing and finishing from multiple areas on the floor.

Jake Felon (Rap Elite u17)- A neon light threat from distance, Felon knocked down four long-range jumpers to highlight an up-tempo Rap attack that proved too much for Rising Stars in Saturday’s early afternoon match-up.

Dustin Cole (MB Nation I u17)- With his pedigree as a cerebral, highly-skilled playmaker well-established and growing in the state of Maine and on the circuit, Cole was up to his usual display of poised, potent playmaking against an athletic Team Underrated Squad, using his yo-yo handle and terrific change-of-pace to separate against single coverage and knife his way into the lane for positive outcomes with his high IQ and feel around the rim.

Isaiah Bess (MB Nation 1 u17)- Cole’s running-mate in an opportunistically explosive MB Nation backcourt, Bes used his length and athleticism to finish an array of tough buckets on the receiving end of Cole dimes in the open floor and showed a solid stroke from three in knocking down multiple catch-and-shoot looks off penetrate-and-pitch dribble-drive action.

Justin Zukowski (MB Nation 1 u17)- Zukowski was flat-out on fire in MB Nation’s second win of Saturday’s session at Trinity, connecting on five three-pointers and converting multiple drives to the bucket en route to a game-high 25 points.

Kyle Maynard (Team Underrated Silver u17)- A productive presence up front with a solid six-foot-four inch from, Maynard rebounds the ball well in his area and is a reliable finisher through contact on the receiving end of dump-downs and offensive rebound opportunities.

Jarred Reuter (ECE Mass u17)- The big-body, high-motor big was dominant in stretches in his team’s afternoon contest, catching and finishing difficult balls in congestion around the rim and owning his area as a volume rebounder in-and-out of his area defensively.

Quincey McKnight (Team Scan u17)- Known for his motor and straight-line scoring ability, McKnight showcased a developing stroke from the perimeter in Scan’s convincing win over East Coast Elite.  If developed into a consistent part of his arsenal, the six-foot-two, quick-twitch wing becomes awfully difficult to cover without the help of added bodies in the half court.

Terry Larrier (Team Scan u17)- Appearing on the verge of breaking out as a bona fide BCS-level talent, the rangy, six-foot-six wing made one high-level play after another in Scan’s victory over ECE, combining an impressive motor changing ends with supreme length and athleticism to catch and finish at the rim with either hand from a variety of angles.

Shavar Newkirk (Team Scan u17)- Featuring his trademark New York City flair making plays in the open floor, Newkirk also knocked down shots off reversal and showed mature poise in locating shooters for open looks against a stagnant ECE half-court zone.  With added mass to his developing frame, his ability to score the ball in volume as a primary handler will continue to intrigue BCS programs coveting a fearless playmaker looking for a big moment player with big shot potential.

Shawn Shelton (East Coast Elite u17)- A long, rangy athlete on the wing, Shelton impressed with his inspired level of compete against a talented trio of Scan front-court players, fighting for balls in traffic and attacking the rim above the box off a hard baseline rip move from the short baseline.