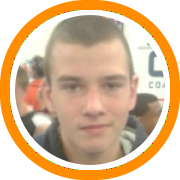 The 7th annual Northeast Hoops Festival kicked off Friday night at the University Sports Complex in Hanover, Massachusetts, providing some of the local programs with the opportunity to get a jump start on the rest of the field and earn some early exposure.  Here’s a look at some of the players that stood out.

Tyrell Wade-Green, Metro Heat – The southpaw big man was a load inside the lane, physically overpowering his defenders with an equally powerful upper and lower body while also showing the ability to change ends deceptively well.

Joey Downes & Matt Madoian, Middlesex Magic Kelly – They formed a tough one-two punch to lead the Magic to an opening round wind.  Downes ran the point while splashing open threes with a pure release while Madoian provided a combination of physical strength and athleticism along with a very unselfish floor game.

Will Williams, South Shore Wolfpack – He was a major mismatch problem in the backcourt where his strong body and aggressive driving style allowed him to absorb contact on his way to the rim while overpowering smaller defenders.  Combine that with good court vision and passing ability and he was a true creator.

Jordan Mellow-Klein, MABC – The left handed combo guard served as both his team’s primary ball-handler and also their chief three-point threat while also showing an ability to put his team on his back down the stretch of close games, making a couple of big shots with a hand in his face.

Jay Christopher, South Shore Warriors – He’s a long and athletic swingman who might not have been the most impactful player on the team but stood out as having some very clear tools for the next level with his body type and smooth slashing game.

Mark McCarthy, North Shore Bobcats – A hard-nosed and tough point guard who had a shifty handle, an ability to make shots from behind the arc, and a scrappy demeanor on the defensive end of the floor, McCarthy led the way for the Bobcats on Friday night.

Ryan Noel, Middlesex Magic Giordano – It really was a complete team effort that led to a runaway win in the opening round game for the Magic but Noel caught our eye with some recent strides in his low post game, helping to make him a legit low post scoring threat.

Brandon Scott & Nate Hale, EVOLUTION – They formed a tough one-two punch for Evo on Friday night as Scott created all kinds of problems for opposing defenses with his strong upper body and efficient driving game while Hale spaced the floor and made the defense pay every time they left him unchecked behind the three-point line.

Will Melanson, Bay State Magic – A freshman guard playing up in the sophomore division, Melanson almost pulled off some last minute heroics to steal one for Bay State Magic.  He knocked down back-to-back threes within ten seconds of each other to cut a 9 point deficit to 3 and give his chance a team to win.  He’s definitely a prospect to watch moving forward.

Donizete Fernandes, Metro Boston – The sophomore forward is physically ahead of most of his peers and able to put points on the board in bunches as a result.  He’s aggressive, physical, and verbal on the floor to show both talent and leadership.

Luke Dagley, South Shore Wolfpack – He was an offensive bright spot for the Wolfpack, scoring over half of the teams points while showing a full arsenal of offensive skills with a combination of drives, pull-ups, and open threes.

Philmon Gribeheart, Metro Boston – Right now the vast majority of his production tends to come around the rim, but the potential is clearly there for him to stretch his game away from the basket and develop into a true big wing.

George Grillakis & Sean Bryan, New England Storm - One of the best shooting teams in the gym on Friday night, the Storm were led by these two snipers who were both virtually automatic when able to set their feet from behind the three-point line.  With shooters space corner to corner the defense had no chance as the storm rained threes all night long.

Kevin Scarlett, Boston Spartans - There were two different types of guards who found success on Friday night - some were physically strong and able to overpower the defense while others could stretch the defense with their shooting range.  Scarlett provided the best of both worlds as he was not only physically mature but also well skilled with both his jumper and handle.