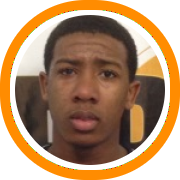 While the varsity division was the buzz heading into last weekend’s Northeast Hoops Festival, it was the underclassmen who stole the show on Sunday.

The Rivals knocked off Stamford Peace 54-28 in their final game of the day behind the strong play of Makai Ashton-Langford and Saul Phiri.  Ashton-Langford displayed his usual strong playmaking abilities, while Phiri scored from all three levels. Eric D'Aguanno shot well from the perimeter. Mark Gasperini and David Watkins also turned heads with their improved handles and ability to create their own offense off the bounce.

Expressions Elite also had a terrific weekend.  It was actually a pair of freshmen, Jermaine Samuels and Kimani Lawrence, that anchored the team offensively while the emergence of Winchendon forward Bari Ulker gives them a frontcourt trio that is as potentially versatile as they are talented.  Derrick Ellis proved to be an important piece of the backcourt puzzle while Jordan Scurry provided a valuable shot-maker on the wing.

Team Scan’s sophomore are as loaded as their EYBL squad, even with 2016 products Tyus Battle, Kassoum Yakwe, and Bryce Aiken all playing up in the older division.  It all begins with Omari Spellman who is just a man among boys inside the lane while the backcourt has a wealth of weapons including local New England prep products Tremont Waters and Christian Vital alongside the ultra athletic and vastly improved Unique McLean.  Jordan Tucker is just a 9th grader but an obvious star in the making who plays up in the sophomore division.

GHPA also finished undefeated in the 10th grade division and went on to win the American championship with a 54-49 decision over NE Jump.

It was a tight game throughout as both teams made runs, but the depth of GHPA was too much for the Jump to handle, especially down the stretch when their suffocating defense proved to be the difference in the game.  Marquise Brown, Mark Reaves, and Josh Henry all scored in double figures for GHPA while Chin Rochester added 9 in a very balanced offensive attack.  Alec Buresh and Albert Maldonado led Jump with 11 each.

Other players who stood out include:

Tyree Weston (New England Playaz) – Rugged guard displayed an equally tough mental approach. On numerous occasions, he responded to opponents’ 3-pointers by knocking down his own on ensuing possessions.

Tomas Murphy (New England Playaz) – Murphy has an innate touch on the interior around the rim, but can also step out behind the 3-point line and knock them down. For a guy his size to have those two abilities at such a young age is very impressive.

Saul Phiri (Mass Rivals) – Phiri seems poised to be one of the next elite players to come through Vin Pastore’s program. The Worcester Academy product plays a physical floor game which allows him to score a lot through contact at the rim and from the charity stripe. He has a good all-around skill set and continues to develop at a steady pace.

Brandon Twitty (Boston Elite) – Was very good in Boston Elite’s game vs the New England Playaz. Twitty hit a number of shots from behind the arc and had a couple of timely takes to the basket. He has long arms and looks like he has some growing left to do which is intriguing as well. Regardless, he was impressive Sunday.

Garrett Stephenson (BABC) - Simply put, they're a different team when he is on the floor.  Stephenson first appeared on the AAU circuit this fall and little more than six months later he's established himself as a critical component of the BABC's 10th grade team.  He's skilled, efficient, and versatile enough to attack inside and out.

Sunday Okeke (High Rise Team Up) – The very large freshman from Green Farms Academy was playing up a division on Sunday, and still managed to impress with his low post play. He alters a ton of shots defensively, and has a rapidly developing game around the rim.

Nate Duda (Boston Elite) – The St. Andrew’s product is a very solid athlete with good instincts and some grit to him. He plays bigger than his height and is able to mix it up in a number of different ways on the offensive end. He was another prospect who played very well against the New England Playaz.

Matt Donahue (Middlesex Magic) – The youngest Donahue, to the surprise of no one, is an elite shooter who was hitting shots from all over the floor this weekend. It simply runs in the family, which is very good news for Matt since he was also blessed with a good basketball frame that screams potential down due to his ability to knock down shots.

Jahmerikah Green-Younger and Jesse McIntosh (High Rise Team Up) – The two guards complement each other very well because they both like to push the tempo in transition and get to the rim to make plays. They fed off each other on Sunday, which led to a good team win.

Will Johnson (Middlesex Magic) – When it comes to great hustle players, there weren’t too many in the gym better than Johnson. He is a menace on defense and plays the game with great energy and passion.

Tommy Coyne (MBR) – A very efficient shot maker who heated up a couple of times on the weekend. Also has a good feel for the game and makes plays for others.

Joe Bell (Middlesex Magic) – A good athlete who showed some good potential in glimpses. He is talented with the ball and can create off the bounce well.