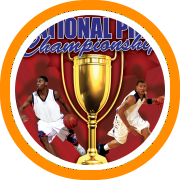 Scotland Campus Sports scored a late comeback over CBD Montverde early in the day while Brewster Academy got 19 big points from Walter Ellis and good production inside the paint from Derek Culver in route to knocking off Mount Zion Prep.

Tilton School emerged victorious over IMG Academy on a game winner from Cameron Parker and subsequent defensive stop on the final possession of the game. Spire Institute scored an emotional win over Hargrave Military Academy in the nightcap.

PLEASE NOTE THE ADJUSTED QUARTERFINAL SCHEDULE FOR WEDNESDAY DUE TO THE POTENTIAL FOR WINTER WEATHER.

11:45am - Woodstock Academy vs. Brewster Academy