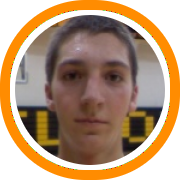 Endicott College’s Post Center was nearly sold out for Tuesday night’s national championship game between the Tilton School and Hargrave Military Academy from Virginia.  Hargrave came into the game as the favorites, earning the tournament’s second seed after having only dropped one game all year long.  But Tilton had the crowd on their hand as the bleachers were packed with supporters.

The Rams came charging out of the gate and controlled the action for most of the first half as they led 40-23 with five minutes to play in the half.  But true to form Hargrave would begin to show the offensive firepower and team discipline that made them one of the top two teams in the country all season long as they chipped the lead down to 9 just before the half.

The game was essentially deadlocked for the first 8 minutes of the second half as Tilton led 61-52.  But on the next possession Alex Oriakhi picked up his fourth foul and was consequently forced to the bench.  Conventional logic suggested this could be the beginning of the end for Tilton as their ability to contend with Chris Braswell and the rest of Hargrave’s frontcourt would be severely limited without Oriakhi.  But just as he had done a day earlier under similar circumstances, Jamal Coombs-McDaniel stepped up to the plate.  The senior swingman knocked down a three-pointer on his team’s very next possession to steady the ship.  But Hargrave wouldn’t let up as they utilized their full court pressure to force turnovers and create easy scoring opportunities.  By the 7 minute mark they had cut the lead all the way down to 2.

The next seven minutes of this game would be exactly what the hundreds of fans in attendance were hoping to see as members of both teams stepped up to make one dazzling play after another.  Ultimately, Tilton was able to hang on for a 97-93 victory and the school’s first national championship.  Coombs-McDaniel was named the tournament’s MVP after scoring 42 points in the quarter-final win over South Kent, 21 in the semi-finals’s over Bridgton, and 30 in the championship game.

“This is the best win of my career,” said a very excited Coombs-McDaniel.  “A lot of people said we didn’t even belong here, but we proved them wrong.”

Alex Oriakhi who also had a very strong game with 19 points and 17 rebounds was also relishing in the victory, seemingly going from one hug to another as many of the fans in attendance came right onto the floor for the trophy presentation.

Oriakhi was also quick to praise his long time running mate and give him credit for the victory.

“I really felt like I was letting him down when I had to come out.  But they just couldn’t stop him,” he said of Coombs-McDaniel’s performance.

Gerard Coleman also had a big night for Tilton as he thrived in the open floor scoring 25 points on a series of slick drives.  And really that was the true story, as it took top notch performances from each member of Tilton’s “big three” along with solid contributions from the supporting cast of Scott Tavares, Alex Kershaw, Matt Gaither, Chris Barsanti, and George Niang.

Ledrick Eackles led Hargrave with 22 including a number of dagger three-pointers down the stretch of the second half, while Chris Braswell added 20.  The Tigers advanced to the finals with a 71-69 victory over Winchendon in the quarter-finals and a 92-78 semi-final win over Brewster.

Tilton's journey to the National Prep Championship began with a 96-88 win over South Kent in the quarter-finals, an 86-71 semi-final win over NEPSAC Class A champion Bridgton Academy, and finally their 97-93 win over Hargrave Military Academy in the championship game.