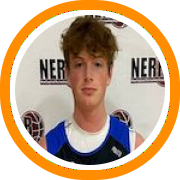 Up next in our series of state association previews is Maine, where we are almost already at the mid-season point.

We got a good look at a number of these players earlier this fall at the Maine Open Gym Series and have seen many of those standouts go on to have successful high school seasons thus far.

Of all the northern New England states, Maine is the strongest, both in terms of the talent of their top individual players as well as the overall depth in the state.

Here’s a look at the names to know:

Leyton Bickford, Sanford ’20 – He’s the top senior frontcourt prospect in the state and already committed to the University of Maine. He put up nearly 18 points and 11 rebounds last year as a junior and is on his way to increasing those averages this year, but Sanford has had their fair share of struggles so far with a 3-3 record, including a lopsided opening night loss to Thornton Academy. Sophomore Gabe Carey is a youngster to keep an eye on with Sanford as well.

Logan Bagshaw, Greely ’20 – One of the state’s most skilled perimeter players, Bagshaw put up over 19 points per game last year while knocking down a total of 71 threes as Greely captured their third straight Gold Ball. The quest for the four-peat is off to a slower start as Bagshaw’s supporting cast is more uncertain than in years past.

Zach Maturo & Elliot Bouchard, Bonny Eagle ’20 & ’23 – They return four starters from a team that went 18-4 and lost in the state finals last year but have already suffered two losses this year. Maturo, a four-year starter and All-State pick a year ago who just scored his 1,000th point, is looking to cap a decorated career while junior guard Jacob Humphrey is putting up big numbers as well in the backcourt. Bouchard, the 6-foot-8 freshman, is the best long-term prospect on the team though and should see his contributions increase as the season goes on.

Isaac Varney, Hermon ’20 – Varney has been stuffing all columns of the stat sheet to start the season and leading Hermon to a 6-1 record out of the gate. The versatile forward was averaging 14 points, 9 rebounds, 4 assists, 4 steals, and 3 blocks while shooting 56% from the floor through the first 5 games of the season.

TeAndre King, North Yarmouth Academy ’20 – He’s a man among boys in the Western Maine Conference, where he has been the leader in scoring and rebounding in each of the last two seasons. At 6-foot-4, he may have to diversify his game some for the next level, but right now there’s rarely anyone who can match him inside.

Brian Austin, Scarborough ’20 – He was a player that stood out at the Maine Open Gym as one who was better than his local reputation and he’s been backing that up so far this season. Scarborough started the year winning 4 of their first 6 and Austin scored over 20 in 5 of those games, including two outings with 29 points.

Will MacDonald & Brady Cummins, York ’20 & ’21 – MacDonald and Cummins have been taking turns leading York to their undefeated record thus far. MacDonald was a WMC first-team selection last season as a junior while Cummins is one of the top 2021 prospects in the state and just beginning to tap into his potential.

Dom Campbell, Waynflete ’21 – The junior big man broke out this fall, landing multiple division I offers in the process and becoming the state’s most recruited player. His size, touch, and improved conditioning are unrivaled in the state, and especially in Class C, which is a big reason why his team is off to a quick 5-0 start. Diraige Dahia and Jared Johnson are also key contributors for a balanced Waynflete squad.

Dylan Griffin & Peyton Jones, Thornton Academy ’21 – Thornton Academy came into the new year with an unblemished record of 5-0, and their junior tandem is a big reason why. Jones stuffed the stat sheet last year as a sophomore with 15 points, 5 rebounds, 3 assists, and 2 steals while Griffin is one of the best bigs in Maine’s 2021 class with his immovable size and skill. Senior guard Jack Pyzynski is also a key contributor.

Cash McClure, Maranacook ’21 – The naysayers started chirping when we called McClure one of Maine’s best juniors after the Maine Open Gym, but his production thus far this season has backed up that claim and then some. He’s averaging over 20 points per game, having eclipsed that total in 4 of his team’s first 6, and even had a triple-double against Lincoln Academy with 23 points, 14 assists, and 10 rebounds.

Andrew Szwez, Bangor ‘21 – He stood out in October with his strong frame and potential to have a versatile skill-set. He’s in his first-year at Bangor, which lost 4 starters from last year’s AA state championship team, after transferring from George Stevens Academy, where he won a state championship of his own as a freshman. Fellow transfer Sam Martin and returning senior Henry Westrich are also keys to the foundation for a Bangor team that was 4-1 out of the gates.

Evan Willey, Lake Region ’21 – Another intriguing long-term prospect in the class of 2021, Willey is 6-foot-7 with good mobility and touch to stretch the floor. Lake Region has been up and down so far this season, but Willey has already had some huge moments including a 36-point performance in mid-December.

Ryan Clifford, Camden Hills ’22 – He was one of the Elite 75 Frosh/Soph this fall and while Camden Hills has taken their lumps early, Clifford has shown off his tools and potential including a reported triple-double last week against Nokomis with 25 points, 12 rebounds, and 10 assists.