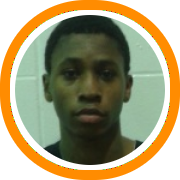 Moore is a New York native who graduated from Holy Cross High School in Flushing last year.  He was previously committed to Hofstra, but opted to re-open his recruitment following Mo Cassara’s departure as head coach.

The six-foot-one guard plays a game that is representative of his home city as he is best known for his ability to break defenders down off the dribble.

That playmaking ability will be of major value to George Mason next season, as they make their debut in the Atlantic 10 Conference.

This season at STM, he proved himself to be more of a true point guard while also improving his perimeter jump shot.

Those developments led him to a much higher level of recruitment than he saw during his high school days, with a slew of mid-major programs pursuing him throughout the season.