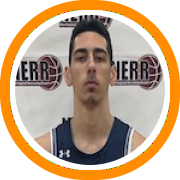 After breaking down the junior class in Connecticut a week ago, it's now time to turn our focus to the state of Massachusetts.

The Bay State has similar depth to the Nutmeg State as we have ranked 20 prospects in both classes while there are inevitably others who will compete for scholarships in the upcoming year-and-a-half.

Worcester Academy leads the way with four of the top 20 ranked juniors in Massachusetts while MacDuffie has three. After that though, there isn't another school to feature more than one player on the list as the talent is spread out throughout the state.

MacDuffie forward Richard Springs had some distance on the field as the school year began and while the 6-foot-8 forward remains in the top spot five months later, others have closed the gap. Most notable is Phillips Andover guard Dallion Johnson, who is the most potent scorer in the class. Johnson is best known for his ability to make shots, and rightfully so, but he's got an increasingly versatile scoring arsenal at his disposal as he can create off the bounce, pull-up, or drop floaters over the defense. Springs still has the steadiest diet of high-major suitors though given his size, strength, toughness, and the touch and straight-line playmaking ability to develop facing the basket.

Johnson is the most notable riser at the top of the class as he's got a firm grip on the second spot right now, but he's not the only playmaking guard to make a jump. Tabor Academy's Kam Farris is another highly skilled guard who has both shot-making ability and crafty finishing touch around the rim. The Vermont native took his game to new levels last summer with Team New England and has continued to ascend this season at Tabor. Another guard to note is Worcester's Quest Harris. He's jumped up to the fourth spot while proving to be one of the most competitive two-way players and leaders in the class.

Northfield Mount Hermon's Ben Callahan-Gold is the highest ranked newcomer at fifth overall in the state. The New York native is a skilled forward and high-level shot-maker from behind the three-point line. Cushing Academy's Malachi Ndur is a big man with a similarly high skill level as he can stretch the floor and pull opposing big men away from the rim. Other newcomers to the region who have cracked the rankings for the first time including Brooks forward and Canadian native Sam Thomson and the MacDuffie duo of Chad Venning and Tyrae Washington.

Whitinsville-Christian seven-footer Justin Vander Baan remains a top three prospect in the state, not necessarily because he's the third most impactful player right now but because he has immense long-term tools moving forward with arguably more untapped upside than anyone in the state. Johnson and Harris are both true local products as too are Wilbraham & Monson's John Adams, Beaver Country Day's Anthony Morales, and Worcester Academy's Michael Rabinovich and Judson Martindale. Shemar Dennis, who transferred to St. John's but is out this season with injury, is the second ranked prospect to come out of the MIAA's 2020 class while Central Catholic's George Smith and Needham's Will Dorion are other top 20 prospects to come from the state association.