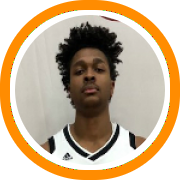 When you talk about the talent in Connecticut this season, you have to start with a pair of prep schools in the northeast corner of the state that are absolutely loaded with talent.

Putnam Science Academy and Woodstock Academy may be bitter rivals located less than five miles from each other, but collectively they feature the top 8 ranked players in the state, 11 of the top 12, and 18 of the top 25.

While those two schools may dominate the very top of the class, the rest of the state features a host of other scholarship prospects as the crop of talent is as deep as ever. In fact, we've ranked the top 40 prospects in the class of 2019 but the reality is that there are more than 40 scholarship prospects playing within the state's borders at the moment.

Akok Akok may no longer be enrolled at Putnam Science Academy, but because he won't take the court at UConn until next season, we've opted to leave him as part of the 2019 class (following the same precedent that Hamidou Diallo set when he went to Kentucky at mid-year of his post-graduate season).

Akok's talents are well-documented. He's a long and bouncy big man who can both protect the rim on the defensive end as well as stretch the floor. He's begun to diversify his offensive repetoire and also build up his body in recent years. He was a big part of Putnam's National Prep Championship last summer and had an equally big performance at the Adidas Summer Championships with the Rivals in July. The key to finding similar success at the next level and beyond though will be about the consistency of his approach and motor. He will need to learn to play through adversity and buy into the level of commitment that Dan Hurley will demand of him. If he does that, he has a chance to play the game at a very high level for a long time.

Tre Mitchell remains the most talented prospect still in action. Now in his second year at Woodstock, Mitchell continues to add to his game. A highly skilled big man who continues to take his conditioning and physical tools to new levels, Mitchell has been a double-double machine all season who is knocking down threes with regularity and also might be the best passing frontcourt prospect in the state.

Charles Pride has been a major stock-riser through the first half of the season. He's an absolute warrior on the floor who plays incredibly hard, defends multiple positions, and is an outstanding rebounding guard. He played his way up to offers from the Atlantic 10 before making a recent commitment to Bryant.

Woodstock's T.J. Weeks has brought his game to new levels as of late as well. Weeks got off to a great start this fall but then missed time with an ankle injury. He recently returned to the line-up and is now playing the best basketball of his career as he's not only utilizing his length and athleticism but also shooting the ball at an unprecedented clip. Teammate Jacob Toppin is another post-graduate who is making the most of his extra year and taking both his game and recruitment to new levels in the process.

St. Thomas More guard Ghared Boyce, who scored over 2,000 career points at Everett High School in Massachusetts, has been another riser this season. An undersized guard with an advanced scoring package, Boyce can get his shot at all three levels and score in bunches. He picked up his first D1 offer this fall and has had additional recruitment at the scholarship level since.

Despite the influx of new talent to the prep ranks, three of the top five prospects in Connecticut played in the region last year with Noah Fernandes joining Akok and Mitchell. The top two newcomers both suit up for Putnam in Tyson Etienne and Russel Tchiewa, who are committed to Wichita State and Texas Tech respectively. Fellow PSA newcomer John Buggs, who is committed to UMass, is a name to know in the top ten along with Trey Anderson and Trey Williams from Woodstock Academy, who are committed to South Carolina and Indiana State respectively.

Hamden Hall's Byron Breland is first among the actual Connecticut natives. Breland, who previously starred at Hillhouse before making the moving to the prep ranks last year, committed to NJIT after playing his way into offers as high as the Atlantic 10. East Catholic's Joey Reilly, Notre Dame West Haven's Connor Raines, and Sacred Heart's Jamaal Waters are the top prospects from the CIAC.