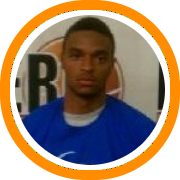 Two of the most talented teams in the MIAA faced off on Tuesday night in Danvers for a Catholic Conference rivalry game between Catholic Memorial and St. John’s Prep, who appear at #2 and #16, respectively, in the ESPN Boston MIAA top 25 poll. Catholic Memorial, led by two 1000 point-scorers, and Prep, led by their own 1000 point-scoring consensus first-team all-stater, both combined for a game between some of the top coaches in the state and the best scoring talents in the MIAA:

Matt Droney, senior: Droney, (15 points) struggled in the first half to get his shot, while also watching Santos and Powers control a lot of CM’s game offensively, but he started to assert himself more in the fourth quarter. He’s a throwback two-guard who has an immense amount of confidence in his outside jumper, but is one of the better mid-range shooters in the entire MIAA. His shooting obviously has been his consistent strongpoint, but Droney’s deceptive craftiness off the dribble and ability to absorb contact and finish inside make him a very intriguing college prospect.

Dan Powers, senior: The most consistent player on the floor offensively for Catholic Memorial, Powers(17 points) drained three three-pointers and used his standout upper body strength to finish several shots inside in CM’s balanced scoring attack. His outside shooting release, while unorthodox, is a lightning quick motion and is a true reflection of his confidence and quick trigger. The Knights all around defensive effort was impressive, but Powers’ defensive effort on the perimeter set a great example for the rest of Catholic Memorial’s strong, athletic guards.

Aamahne Santos, sophomore: Santos’ has been a pleasant surprise on the perimeter and has the makings of a future MIAA star. A 5’9 combo guard with a quick first step, deceptive athleticism, and impressive upper body strength, Santos’ 11 points and addition on the perimeter defensively was key for the Knights’ close win. Only a sophomore, it will be interesting to see how Santos emerges for CM during the postseason and beyond, with Droney, Powers, and Armani Reeves all graduating this spring.

Gerald Adams, sophomore: You can clearly tell by looking at Adams’ 6’8 frame that he has been continuing to work to get himself in better shape. He struggled tonight to finish shots inside, totaling just four points, but his big body on the defensive end is one that will be a big difference-maker come tournament time as he will be the Knights’ anchor defender on the low block.

Steve Haladyna, senior: He’s always expected to carry a lot of the offensive load for Prep, but with senior shooting specialist Mike Carbone out with an injury, there was even more pressure on Haladyna tonight to put the ball in the hoop. Haladyna didn’t make a lot of mid-range and outside jumpers in this one, but he used a variety of cleverly-timed runners and floaters going to the rim that he would finish at a high rate. As the Eagles go-to scorer, he used the attention that he was receiving from CM’s defense to get to the rim whenever possible so that he could draw contact, get to the line, give Robinson a bounce pass on the low block, or kick out to one of Prep’s shooters. Haladyna pulled down double-digit rebounds and held his own defensively for Prep, but his most impressive trait is his body control and smooth flow offensively; he rarely looks out of control handling the ball anywhere on the floor.

Isaiah Robinson, junior: Robinson is getting back into form after coming back from injury for Prep about three weeks ago, yet he was still able to make a huge impact for the Eagles with his 12 points and 15 rebounds. He really struggled to hit free throws, but he maintained his body control on the low block and continued to get good looks going to the rim. He’s a strong, big-bodied kid who can also step out a little bit and nail the mid-range jumper, but at the point, his biggest standout trait as a college prospect is his ability to rebound at a high rate.

Freddy Shove, senior: Haladyna gets a lot of the headlines, but Shove is that glue guy that every coach wishes he had. Shove does a lot of the dirty work for a St. John’s Prep team that will certainly be expected to make a run in the Division 1 North tournament this season. He is a fearless aggressor on both ends of the floor who will never quit on a play and uses his long arms and deceptive bounce to often come out of nowhere to sky for rebounds. He has plenty of confidence in his three-point shot, especially from the corner, and has shown a love for driving to the rim and finishing with contact. Like Robinson, Shove also pulled down 15 rebounds, and if this trio can continue to rebound and play defense the way they did tonight, they could be in for quite a run once tournament time nears.