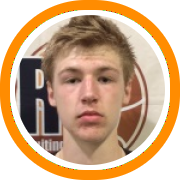 The two-hour event included intensive drills which tested players’ ball handling and shooting abilities as well as agility and footwork. In these later routines, players’ maneuvered around cones and over various obstacles using a series of hops, pivots and drop steps before finishing at the basket with both hands and from various angles in the lane. The final hour was then dedicated exclusively to a multitude of fast-paced, highly competitive scrimmages – none of which spanned more than five minutes of running time – but allowed players ample opportunity to display the full range of their games.

Below are the players who most impressed during the two-hour session:

Ahmed Ali (Deering High, 2014) – Thought Ali is oftentimes hindered by his slight frame, something which keeps the 6-foot-7 forward from being a major factor in the paint, he does hold his own on the perimeter, where his midrange game, solid handle and excellent court vision make him an intriguing point-forward type prospect.

Isaiah Bess (Hampden, 2014) – Bess’ high shot release and imposing wing span make the 6-foot-4 guard a fun player to watch in that he has the physical capability to challenge taller defensive players when attacking the basket. On Sunday, the Stonehill commit was showing off his range as he repeatedly connected on corner jumpers and 3-pointers, an area he was known to abuse opponents during this past AAU season for MBNation.

Davis Carter (Bridgton Academy, 2014) – From a sheer size standpoint, there was no one that attracted more attention in the Southern Maine Community College athletic complex then the 7-foot-1 Carter. He runs well up-and-down the court, and also showed a nice touch around the rim, particularly when executing hook shots and layups.

Zach Gilpin (Hampden, 2014) – Perhaps the most efficient scorer in the gym, Gilpin converted shots from the perimeter off both the catch and the dribble. His long, yet quick, first step also helped him blow past his defender on more than one occasion. He was always under control and showed good court vision, finding his teammates during scrimmages for easy buckets in the paint. As his 6-foot-5 frame adds even more muscle, Gilpin figures to be increasingly effective getting to the basket.

Tanner Hyland (Bridgton Academy, 2014) – The 6-foot-3 point guard is always under control and rarely gets rattled on the court, even when facing suffocating pressure defense. His ability to run a team, coupled with his solid decision making and tremendous outside shooting make him a building block at Bridgton, where he will spend a post-graduate year during the upcoming season.

Zack Lydon (Bridgton Academy, 2014) – Lydon controlled the paint during scrimmages when he ripped down countless rebounds on both ends of the court. He also showed some nice footwork during drills. But perhaps most impressive was the stretch-the-floor range the 6-foot-8 forward showcased during both drills and scrimmages. While his ball handling and post game are still developing, a post-grad year at Bridgton should help Lydon raise his game to another level.

Reuben Moses (Thornton Academy, 2014) – The 6-foot-2 guard was one of the best shooters in the gym. His quick release and constant movement while on offense made him a challenging matchup for opposing defenses throughout the event, and a talent that had to be repeatedly accounted for on the court.

Jayvon Pitts-Young (Portland High, 2014) – Arguably the best ball handler in the gym, Young opted to play in the showcase after suiting up for the Portland High football team as its running back/defensive back on Saturday. The 5-foot-11 point guard excelled in ball handling drills where his ability to change pace and direction in tight spaces caught the attention of college coaches. That he finished off a number of sequences with a fluid 3-point stroke that caught nothing but net only furthered his highlight-worthy performance.

Matt Talbot (Portland High, 2014) – At a rugged 6-foot-6, Talbot has the physique to hold his own down as well as the quickness to beat other players his size on the perimeter. He showed himself a particularly effective rebounder when in the paint, though he oftentimes tended to drift to the perimeter. With an effective midrange jumper and a soft touch around the basket, adding a consistent 15-footer would make Talbot a viable inside-outside scoring threat.

Stephen Alex (Portland High, 2015) – A long and athletic 6-foot-3 guard, Alex displayed a solid understanding of the game. On a number of occasions he made heady off-ball cuts and seamlessly executed give-and-goes which resulted in easy, uncontested layups for both himself and his teammates. He also showed a nice looking outside shot with a soft shooting touch.

Nick Mayo (Messalonksee, 2015) – At 6-foot-7, the sophomore was one of the more active big men on the court, especially on the offensive glass. He displayed sound fundamentals, including boxing out when rebounding, and keeping the ball high above the waist so that guards could not steal it. He also repeatedly went hard to the rim when finishing.

Kevin Weisser (Windham High, 2015) – The lanky 6-foot-4 swingman may have hit the most midrange jumpers in two hours on Sunday. Whether in drills, scrimmages or warm-ups, Weisser seemingly swished his shots at every juncture. He also played at a steady pace, never rushing but instead examining every situation and moving swiftly to take advantage of his vast skill set. On one sequence, he grabbed a rebound in the paint, took two dribbles to the free throw line and turned around to swish a jumper.

Shyheim Ulrickson (Mt. Ararat High, 2016) – Along with Pitts-Young, Ulrickson exhibited the best ball handling on Sunday. The 5-foot-11 sophomore plays with a maturity and on-court demeanor well beyond his years. In drills, he showed an ability to digest footwork and sequences quickly and then correctly execute them. The heady point guard with a 3.9 GPA is as intelligent off the court as on, where he continues to make those around him better, a highly valued skill set amongst point guards.

Justin Guerette (Cape Elizabeth, 2016) – Another guard who showed strong dribbling skills in addition to Ulrickson and Pitts-Young, the 6-foot-3 guard/forward showed nice touch finishing in the lane. He knocked down a few pull-ups off of fast breaks and also displayed creativity shooting with both hands from in close in the lane. Only a sophomore, Guerette and Ulrickson form an early foundation on what appears to be an exciting class of 2016 in Maine.

Austin Boudreau (Cheverus High, 2017) – Though at times overmatched physically, the 6-foot-3 freshman point guard from Cheverus High has the makings of a special player. Boudreau did not back down from competition and even showed a fearlessness when initiating his own offense. His unlimited shooting range was the primary means by which he scored, something which will undoubtedly change as he adds more strength to his core.