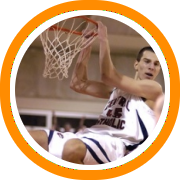 The high school basketball season is already underway in Massachusetts and this looks like a year where a host of teams could challenge for the division I state championship.  Here’s a preview of the favorites and contenders from each region.

Central Catholic High School
After claiming the state title in 2008, Central Catholic spent the vast majority of last season as the heavy favorite in the MIAA until they were abruptly stopped by Lynn English in the regional finals.  This season Carson Desrosiers returns for his senior year, intent on bring the state championship back to Central Catholic.  The Wake Forest bound big man is a virtual walking triple double when it comes to the MIAA as he racks up double figure points, rebounds, and blocks like other players breath.  Jimmy Zenevitch is an under the radar junior, but the six-foot-six lefty has a big time game and gives CC a worthy Robin to run next to Batman.  The key will be the play on the perimeter as Mike Alvarez looks to anchor the backcourt.

•  Andover – D.J. Fazio, Joe Bramanti, and Brian Miller…there may not be a tougher and harder working team in the entire state.

•  Everett – With another year under his belt sophomore Nerlens Noel is the only other player in the state who can match Desrosiers’ dominance on the defensive end.

•  Charlestown – Always dangerous in the north, Charlestown will be young but explosive and athletic as anyone behind swingmen Akosa Maduegbunam (sophomore) and Ramone Gibbens (freshman).

•  East Boston – They are young but dangerous with guys like Demitry Coronell and Trevon Moore and get a boost from the addition of Jeff Amazon.

•  St. John’s Prep – Junior Pat Connaughton had a big summer and looks poised to do the same for St. John’s prep this year.

•  Boston College HS – Bryan Hurley is one of the state’s best point guards and he makes BCHS capable of beating anyone.

•  Brockton – They lose a lot but if North Cambridge Catholic transfer Mario Monroe gets a waiver they will become instant contenders.

Newton North High School
It has been an up and down off-season for the favorites from the south.  When sophomore Macam Bak Macam went down with a season ending injury it was a devastating blow as Macam was not only an incredibly skilled young big man but also one of the team’s most beloved members.  Good news came when Mike Thorpe, who played at Exeter High School in New Hampshire a season ago, transferred in.  Thorpe is a highly skilled guard who will provide the perfect compliment for head coach Paul Connolly’s terrific interior duo of Yale bound big man Greg Kelley and six-foot-seven junior forward Tevin Falzon.  Kelley is one of the most polished big men in the state while Falzon is just beginning to realize his vast potential.

•  Madison Park – David Campell will lead one of the cities most capable teams and be ably assisted by Spencer Braithwaite.

•  Catholic Memorial – the former division II powerhouse makes the move to division I behind a powerful backcourt including Dan Brooks, Kyle Lawrence, and Thomas Mannion.

•  Braintree – P.J. Douglas gives them a chance as he put up huge numbers last year as a junior.

East Longmeadow – Head Coach Tony Bergeron returns for his second season at East Longmeadow and his team is ready to challenge in the west.  Bergeron has a great senior core to provide leadership on both ends of the floor.  Point guard Ryan Mickiewicz is a steady two way player who runs the team while Dan Martin is a pure scorer who knows how to put points on the board in a hurry.  Devin Abad rounds out the trio as an under the radar jack of all trades who gets his finger prints on the game in a variety of areas.  Brandon Bosworth is a junior sniper and Luke Noreen a slashing southpaw who are also capable of playing big roles.  Brice McCallister is a freshman with star potential who will pay immediate dividends for Coach Bergeron.

•  Northampton is a “co-favorite” in the west behind all-star Ellis Cooper and a supporting cast of Jesse Coulon and Pat Harrington.

•  Springfield Central is young and rebuilding but they will get better as the year goes on with senior Jordan Smith, junior Victor Aytche, sophomore Jaylen Brantley, and freshman sensation Cornelius Tyson.

•  Sci-Tech – Theo Robinson is an undersized power player inside with an oversized impact.

•  Springfield Cathedral – They will be improved as John Basile and the rest of their young players are a year older and more experienced.

St. John’s – The defending state champions will be looking to repeat in the central and then claim back to back division I titles.  They may lack the star power of some other programs but with head coach Bob Foley back at the helm of the program and senior David White back to run the point they will have a chance.  Foley has won an incredible 730 basketball games on the sidelines and White is just the quarterback to run his team.  They will be supplemented by junior forward Richard Rogers and senior big man Chad Labove who is coming off a successful summer.

•  Worcester North – Gaetano Iacavone, Emmanuel Tarwue, Marquis Berry are as devastating a trio as you will find in the central portion of the state.

•  Shrewsbury – Colby Reese and Jose Cruz both put up big numbers last season and they return to make Shrewsbury a contender.

•  Marlboro – Despite the loss of Canaan Severin Marlboro is a threat this year as Zach Auguste looks poised for a breakout year following his big summer.