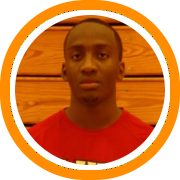 All indications are that Drexel got another steal when they earned a commitment from Lee Academy big man Mohamed Bah earlier this fall.  Bah provides a lethal combination of power and explosiveness in the paint, and currently sits as the top ranked player in the state of Maine.

Bah’s running mates in the backcourt sit in the next two spots as Kiefer Douse and Charles Foster check in at two and three respectively on the updated rankings.  Douse, who committed to Vermont earlier this fall, is a big six-foot-three point guard with great length and athleticism, while Foster is a scoring combo-guard who has been filling up the stat sheet since the beginning of the season.

The top ranked player in the Maine state association, and fourth overall, is Jonesport Beals’ Garet Beal.  The six-foot-five forward is staying close to home to play for the University of Maine for the next four seasons, and gauging by his development over the years, he’s the type of guy who is going to get better at each step along the way.

Six-foot-ten big man Marcelo Deschamps provides a rare true center in the fifth spot.  The Brazilian native is followed by a trio of other prep products in Bridgton Academy’s scoring forward Dorrell Foster and Lee Academy’s Chinese important Zhongda He, who adds to a quality Panda frontline.

Massachusetts native Chris Lee is currently in the 8th spot in the Maine state rankings as the Lexington graduate has an intriguing combination of power and athleticism, along with some developing interior skill.

The final two players in our top ten list are Deering big man Labson Abwoch, who is likely in store for a big senior season after leading his squad to a state title as a junior, and South Portland point guard Tanner Hyland, who has continued to show well during various exposure events this fall.

To view the Maine 2013 rankings in their entirety, click here.