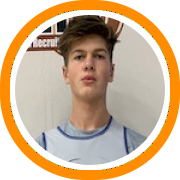 Dom Campbell, Waynflete - The 6-foot-8 big man already holds Division I offers to his name thanks to his combination of size and skill. He has a tremendously soft touch with range that easily extends out to the three-point line already. His wide-frame keeps defenders at bay inside while his conditioning continues to improve. Simply put, he was as good as advertised with lots of room to continue to improve.

Matt McCool, Souhegan (NH) - Arguably the top prospect in the NHIAA’s junior class, McCool once again proved his worth not just by his performance on the court but by his willingness to come to Maine to prove himself. Physically strong, yet still young for his grade, McCool combines sheer basketball ability with physical tools and intangibles alike and should be a name that college coaches prioritize in the coming year.

Brady Cummins, York - Cummins was one of the most intriguing long-term prospects in attendance. He has a plethora of tools at his disposal and a very bright future if he learns to put them all together. He has good positional size at 6-foot-4, a solid frame to fill out, and wiry athleticism to match. He went through the lane with long strides and had natural economy of motion while in attack mode.

Cash McClure, Marancook - Once his body catches up with his skill-set and feel for the game, he’s going to be a player. McClure hasn’t filled out his frame yet, but that only means he has that much more upside than most. He moves like a player, has a good release on his jumper, makes plays with both hands, and just has an understanding of the game that was immediately evident.

Dylan Griffin, Thornton Academy - A wide-bodied big man who is both physically imposing inside with the touch and skill-set to stretch the floor, Griffin is one of the most productive juniors we’ve seen in Maine. As his conditioning and mobility continues to evolve, his game and college potential will only continue to ascend.

Andrew Szwez, Bangor - One of the better long-term prospects in the junior class in attendance, Szwez is a big wing with a strong build, enough size to slide over to the four if needed, a good shooting stroke, and an overall understanding of how to play the game the right way.

Drew Daggett, Oceanside - The 6-foot-8 southpaw could just be scratching the surface. He needs to get stronger and more balanced through contact but there’s obvious upside here as he continues to fill out, refines his touch, and develops his potential versatility.

Nate Kane, Nashua North (NH) - Another NHIAA product who traveled north for the opportunity, Kane is a true wing with a strong early build. He’s long and wiry with a game that maybe a little unorthodox but is nonetheless effective. While not yet a knockdown shooter, he has touch and potential to keep developing in that area as well.

Evan Willey, Lake Region - At 6-foot-7, Willey may be a big man in the local ranks, but he has the potential to diversify his game at the next level. While he has budding inside-out skill, what’s perhaps even more important is that he moves his feet well laterally and competes with a high-motor.

Adam Lux, Kennebunk - Lux is a strong-bodied wing who has the size (6-foot-4) and body type to be able to hold his own against bigger players but also the shooting potential to be an increasing effective floor-spacer down the road.

Nolan Sanborn, Cheverus - The latest in a long line of talented guards to come out of the storied high school program, Sanborn was good with the ball, able to think the game from the point guard position, and equally impactful on the defensive end.

Nathan Mullen, Cape Elizabeth - A scoring guard with good speed, Mullen can attack north-to-south in transition but is also capable of knocking down open shots and scoring from the perimeter in the half-court.

Aidan Herskowitz, Hyde - Smooth with the ball in his hands, Herskowitz had a polished handle and a nice overall feel for the game. He should be a consistent contributor for a retooled Hyde squad.

Sean Dilworth, Falmouth - A compact and tough guard, Dilworth did a nice job of seeing the floor and finding open teammates yet still demonstrating his ability to make tough shots without much seperation when the situation called for it.

Parker Desjardins, Forest Hills - Desjardins tested out as the top shot-maker in the 2021 class, advancing to the finals by knocking down 26 threes and pull-ups in just two-minutes.

Liam Grass, Lake Region - He has good size on the perimeter at 6-foot-3 and a versatile game. He plays a drive-first style but is also a capable shooter when in rhythm as well as a good passer.

Sam Tarte, Kennebunk - Tarte caught our eye with his basketball I.Q. and understanding of how to move without the ball as he read the defense and found back-door cuts as well as anyone.

Luke Gabloff, Greely - The Greely wing has good size at 6-foot-4 with a crafty dribble-drive attack with deceptive under-the-rim body control that makes him an unconventionally effective slasher.

Bode Meader, Gorham - Meader is a tough scorer from all three levels and a sneaky athlete who might not yet be done growing with a very long body type right now.

Joziah Learned, Leavitt Area - Learned is a solid overall athlete. He runs well in transition by getting out to fill lanes, can finish above the rim, and is also a solid mid-range shooter.