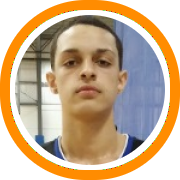 After five days of action at Springfield College, the 2015 Hoophall Classic has come to a close and while the event showcased top talent from across the entire country, there was also a distinct local flair, with several programs from around Western Massachusetts and New England getting the opportunity to participate.

Here’s a look at which local players helped themselves the most this weekend:

Tyrn Flowers, Sacred Heart (CT) – Saturday’s match-up between Sacred Heart and Christ the King (NY) was all about Mustapha Heron vs. Rawle Alkins, and while Heron came out on the upper hand of that one, it was another junior that wound up stealing some of the limelight as Flowers intrigued a number of division I coaches in attendance.

Tyonne Malone, Putnam (MA) – The two-time defending MIAA state champs took on nationally ranked Corona Del Sol on Saturday night in a game that was aired live on Comcast Sports Net. Malone seized the moment, battling 6’10 big man Marin Bagley tooth and nail and utilizing his athleticism to generate quite a buzz in the coaches section.

Collin McManus, Northfield Mount Hermon (MA) – It was a quiet start to the season for the Penn bound big man but he came alive in a big way this weekend, scoring 12 points and grabbing 14 rebounds while battling in the paint to earn team MVP honors in NMH’s hard-fought win over Tilton.

Terance Mann, Tilton (NH) – The Rams gave NMH all they could handle on Sunday and while they got good contributions from a variety of different players, Mann led the way. Between buzzer-beating threes, put-back dunks, and his typically balanced floor game it was another strong performance as he finished with 21 points, 4 assists, 4 rebounds, and 3 steals.

Steve Enoch, St. Thomas More (CT) – Far and away his best showing of the year in a showcase style setting, Enoch delivered the type of performance we’ve been waiting for. He scored both inside and out, mixing in jump hooks and face-up jumpers, all against quality competition.

Tyler Lydon, New Hampton (NH) – The Syracuse bound forward is another early commit who brought his game to another level this weekend. Specifically, Lydon was more aggressive attacking the basket and playing through contact, and was able to show off his athleticism as a result.

Bruce Brown, Vermont Academy (VT) – He’s a man of mystery these days as he confirmed this weekend that he’s exploring a move to 2015. While that’s still far from a sure thing, what hasn’t wavered is his performance on the floor as he scored 23 points while continuing to be a stopper on the defensive end as UConn head coach Kevin Ollie, UMass head coach Derek Kellogg, and VCU head coach Shaka Smart all looked on.

Tyrique Jones & Samuel Japhet Mathias, Vermont Academy (VT) – The young Vermont Academy frontline showed well on Sunday night and walked away with new offers as a result. Both Jones and Mathias added UConn offers while Boston College and Minnesota also came calling for Brown just as Clemson did for Mathias.