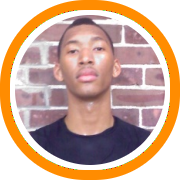 Siverand, a six-foot-seven forward, started all 26 games for the Wildcats this year. He is a 2009 graduate of Hightower High School, Houston, Texas.

“We are very proud of Waylan,” said KUA Head Coach Mike Olson.  “He worked very hard, both on the court and in the classroom, to accomplish his goal of receiving a Division I scholarship. This is a tribute to his perseverance and work ethic.”

Siverand is a hybrid four-man who impacts the game with his length and tremendous athleticism.  A gifted run and jump player, he runs the floor extremely well and plays above the rim to block shots and finish plays on the offensive end.

North Carolina A&T is located in Greensboro, North Carolina and is a member of the Mid-Eastern Athletic Conference. A&T has a strong basketball tradition, winning 19 conference tournament titles since 1972.