KUA Big Man off the Board 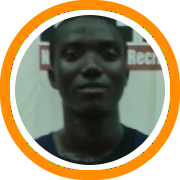 Norfolk State, a division I program in the state of Virginia, came north to New England and scored a bit of a steal this weekend when they landed a commitment from Kimball Union Academy big man Moses Toriola, who took to his twitter account to announce his decision:

By the grace of God, with the help of family, friends, and coaches: I have verbally committed to NORFOLK STATE UNIVERSITY! #SpartanBball

This six-foot-eleven center ran with the New York based A.J. Price Elite during this summer’s recruiting period, but was flying a little low under the radar nonetheless.

In addition to his obvious size, Toriola has tremendous length and a very good motor. He runs the floor well, challenges shots around the rim, and will be able to immediately impact the game on the defensive end of the floor.

He also has a proven learning curve having improved by leaps and bounds within the last year-and-a-half and so very likely still has his best basketball still in front of him. Toriola has added noticeable muscle mass to his frame, started to develop his offensive game, and become a much more assertive finisher.

He becomes the first member of this year's KUA team to earn a division I scholarship.