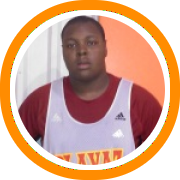 Sunday was championship day at the New England Junior Elite Championships.  While the Mass Rivals earned a hard-fought win over Connecticut Select in the u15 division, the epic battle of the day took place in the u14 division where the New England Playaz and MB Nation squared off in the final.

The Playaz were coming off a dramatic win over the Rhode Island Hawks to advance to the finals as they needed a late second half run and an additional two minutes in overtime to secure the win.

MB Nation was riding a wave of momentum of their own having earned a tough win over Lone Wolf earlier in the day and scoring wins over the Boston Blue Chips and Mass Rivals on Saturday.

The Playaz opened the game on an 11-0 run and seemed poise to run away with it until the Nation settled down and began to execute their attack.  The boys from Maine chipped away until they finally took a one point lead with just four minutes to play in the game.  But the Playaz would counter on the very next possession as Nelson Zayar would drill a three-pointer while a foul was called under the hoop to give them two additional free-throws and push their lead to four.  The late deficit proved too much for MB Nation to overcome as the Playaz survived with a 63-57 decision to take the New England Junior Elite Championship.

Kahlil Walker was the story inside for the Playaz as he dominated the paint for his fourth consecutive double-double of the tournament and finished with a whopping 21 rebounds on the game.  Zayar’s late three wasn’t the only big shot for the Playaz as he and Nick Gueirro seemed to deliver at every crucial point while Gueirro also locked up on the defensive end.

Dustin Cole continued to be the story for MB Nation as he went for an incredible 35 points.  The rising freshman, who will be profiled later this week, was absolutely sensational throughout the weekend and appears poised to make an immediate impact on the high school level.

Also standing out for the Nation was young big man Andrew Cartwright who shows a world of potential with his combination of size and skill.  Justin Zukowski was the perfect complement to the one two punch of Cole and Cartwright as he is another highly skilled player capable of filling either guard position.

The Playaz/MB Nation battle wasn’t the only dramatic final as Visionary Basketball club and the Rhode Island Breakers locked up in another hotly contested battle in the u12 division.

The contest was a rematch of a game played earlier in the weekend in which the Breakers scored a convincing win, but 24 hours made a big difference as VBC clearly was out for retribution.

11 year old Wabisa Bede was the story in this game as he was absolutely unstoppable, scoring 34 points and leading VBC to a late game rally and 63-62 over a deep and talented Breaker squad.