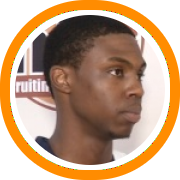 Under Armour announced the first 12 players selected to participate in the seventh annual Elite 24 game to be held later this month in Venice Beach, California.

The event, which will be held in Venice Beach for the third consecutive year, will take place on August 24th and 25th and by televised live on the ESPN Networks.

Iverson is a Windsor, Connecticut native who will finish his high school career at Fishburne Military Academy in Virginia after spending his first three seasons at Northwest Catholic High School.  Selden is a Boston native who has spent the last two seasons at the Tilton School in New Hampshire.