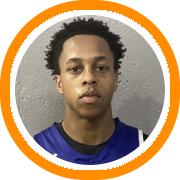 South Kent School added one of the top floor generals in the country for this upcoming season in 2023 guard Elmarko Jackson.

He has just come off an impressive grassroots season playing for We R1 on the Under Armour Next circuit. Jackson’s strength, athleticism, scoring/facilitating balance, and competitiveness on the defensive end allowed him to be an alpha on a team that made it to the UA Next Semifinals.

Selections to the UA Future 60, UA Next Elite 24, and Curry Camp all were earned by him. He holds high major offers from schools like Kansas, Michigan, Maryland, Louisville, Ohio State, etc. Jackson’s summer was topped off by a rise in the new 247Sports rankings, now coming in at number 18 nationally.

South Kent has a talented squad outside of him with D1 prospects such as Papa Kante, Trey Boyd, Jason Schofield, and Isaiah Watts filling out the rest of the roster. Look for the Cardinals with Jackson directing the ship to make their presence felt early and often in NEPSAC AAA.

Below are some of his highlights from this past summer in a video done by Hoop Recruiter: