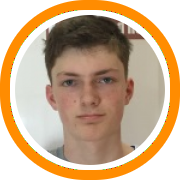 Part #4 makes stops in Newton (MA) and Hingham (MA) before moving on to Acton-Boxboro (MA) and than continuing west to explore Central Mass.

Newton North is off to a 9-0 start and getting major production off the bench from freshman guard Ethan Wright, who is quickly becoming a star in Tiger Country. Wright has scored the ball efficiently, effectively, and in-the-clutch throughout the young season (he's twice led the Tigers in scoring with a season-high of 16) while playing with poise beyond his years. Most recently, Wright had a big weekend in wins over arch-rivals Brookline and Newton South.

Check out what ESPN Boston's John Mael wrote in an article which appeared on ESPN Boston recapping Newton North's win over Brookline, "What cannot be lost in the story of this matchup (or Newton North's season) is the emergence of Wright, the freshman guard who provided a much needed spark off the bench. Despite hearing taunts of "freshman" from the Brookline faithful, he was not affected by the tough competition or big moment, and dazzled with some highlight-reel drives to the basket on his way to 14 points. There were long periods of time where he was clearly the best player on the floor and he demonstrated some serious basketball acumen with well placed passes and solid defense.

'He's pretty talented. He's got tremendous body control first and foremost," Connolly said. "He can shoot it, he can break you down and get to the rim, and he's getting better defensively. He's a good player now, but he has the chance to be really special, the upperclassmen have taken him under their wing.'"

Hingham High School is getting freshman production in the form of southpaw big-man Spencer Riley. The Harbormen have struggled in the early going and will be looking to turn their season around as the second phase of the season begins.

Southpaw freshman big-man Chris Doherty from Marlborough High School has been immense early on for a high-powered Panthers squad which has sprinted to a record of 8-1 out of the gate in Central Mass. Doherty has been a double-double machine early on. He's averaging 16.6 points/game and had a season-high of 30 along with a dozen boards in a win last week over North Middlesex HS.

Shrewsbury High School has been getting major frosh-production from swing-man Paul Durkee and point guard Jack Taitel, each of whom is starting for the 6-4 Colonials. Durkee has been making waves as a leading scorer and key distributor and was named to the All-Tournament Team at the Laska Tournament which took place at Assumption College over the holidays after going for 22 points in a narrow-defeat to Wachusett HS in the semis and then followed up with 16 against Doherty HS in the consolations. Paul is averaging 13.6 points through ten games. Meanwhile, Taitel also scored a dozen in that game against Doherty and he has really impressed with the poise and consistency he has shown early on running the show for Head Coach Adrian Machado.

Acton-Boxboro is getting major front-court production from the combination of big-man Mitch Doherty, who broke out on the scene at Session #1 of Stars of Tomorrow Camp last summer, and combo-forward Scott Graziano, a mainstay on the frontline of the Shooting Stars the last few years on the AAU Circuit. Doherty has had a number of monster-games for the Colonials, on several occasions eclipsing the 20-mark and getting into double-digit territory on the glass. Not to be out-done, Graziano has had several big games as, registering 15 points and 5 rebounds in the opener, 13 and 9 in a win over Boston English, and then 14 and 5 in A-B's most-recent win. The Colonials are 7-2 out of the gate and looked poised for a a strong year in the Dual County League.

Point guard Stephon Baxter out of Worcester has had a number of big games and is averaging 10.5 points for Main South High School. The Green & Gold have been red-hot out of the gate and are 9-0 heading into the weekend.