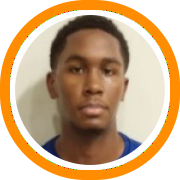 The Hoop Mountain Prep Classic got underway Friday night at St. Andrew's School in Rhode Island with four exciting games. Here's a rundown of the action:

The first game of the day we saw a hard nosed Marianapolis group outwork Coastal Academy Gray and go home victorious with a 63-58 win. It was a cohesive effort for Coach Vitale’s group, but Tom Horvat really stood out as he went off and scored the ball in a variety of ways going for 33 points . Dominique Senat chipped in with 10 points. Xavier Jackson and Malik Rhodes went for a respective 20 and 19 in a valiant effort.

In an up and down game that featured a surplus of up and coming talent, Coastal Academy Blue pulled away with a 71-60 win. Issac Vann was the top performer in this one as he showed off his high level athleticism getting to the rim at will. Vann finished with 14. Alex Thomas was solid for Coastal as he finished with 11. The 6’ point guard, Jacque Lukusa, was terrific all game for Bill Crothers and finished with 18 points along with a fair share of dimes.

Millbrook was overmatched talent wise in this one. Cushing jumped out to a big lead from the start in this one. Sophomore lead guard, Makai Ashton-Langford showed was simply too much for the Millbrook guards to handle as he slashed his way to 19 points and an array of high level dimes. Kimani Lawrence battled foul trouble in the first half but showed off his athleticism with a rim rattling, dunk of the day jam in the second half. Will Raymon did everything he could to keep his Millbrook squad in it and finished with a game high, 26 points.

The last game of the night was the Tremont Waters show. Waters did it all and showed off to everyone in attendance why he is so highly regarded as he flirted with a triple double and finished with 18 points, 14 assists, and 6 rebounds. Aaron Carver was the high scorer for South Kent as the big man totaled 21 points along with double digit rebounds. KJ Santos hit three from deep and finished with 14. Andrew Garcia was terrific for Master’s and drew a significant amount of attention from college coaches in attendance. The well built guard showed off his high motor and an elite toughness while scoring 29 points in a losing effort.