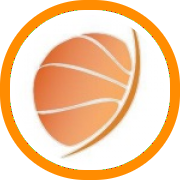 With campers having checked in and gone through evaluation games on Sunday night, college coaches will be on hand first thing Monday morning as games are set to begin at 8:45a.m. and continue on 55 minute intervals throughout the day.

SW2 will follow a similar schedule to SW1 where the camps all-star game will be played on the end of the 3rd day, Tuesday, while play-offs will be played throughout the day on Wednesday before the camp concludes with the annual award ceremony.

Also on Monday night the BABC will join the camp for an exhibition game at 9:15p.m. as they prepare for their run to an unprecedented fourth straight AAU 10th grade national championship.