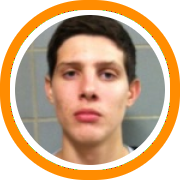 Hoop Mountain Super Week 2 is under way at Roger Williams and there is an impressive group of prospects on hand for SW2. Throughout the week, the players will be put through a number of activities that include skill work, games, lectures and whiteboard learning. Led by an excellent staff, Day 1 showed that this week will be an excellent learning experience for these prospects. Here are some players that stood out:

Jose Andreas - Armentia Ikastola (Spain) - The Spanish forward is one of more skilled player at camp. He’s very versatile and is able to do almost anything on the floor. He also has good vision for a wing.

Brandon Hurst - East Catholic - The Connecticut native is another combo guard that was impressive in the East division on Day 1. He plays both the point and the off guard positions and is solid in the open court.

Josiah Kimball - St. Johnsbury - The 6’4” wing from Vermont had a solid showing on Day 1. He competed hard throughout the day and was able to score out to the three point line.

Griffin Beal - Pingree - The Pingree forward slashed and got to the rim with ease. He was able to finish over people. Has a great first step.

Nicholas Gonzalez - Brains (Spain) - Gonzalez was another wing from Spain that was impressive. He has a very versatile game which makes him a tough matchup for opposing big men.

Ben Marello - Worcester Academy – The six-foot-six wing is a member of Worcester’s 2015 class. He’s fundamentally sound and has a tremendous shot fake. When he gets into the paint, he has a smooth finisher.

Damian Prgoment - Box Hill High School (Australia) - The Australian big man had a good showing on Day 1. At 6’8”, he moves well and is able to step out and hit a midrange shot.

Saul Phiri - Worcester - The rising junior has carried over his tremendous play on the AAU circuit to this week’s camp. He scored at will all day and proved to be one of, if not the, best prospects here.

Joe Collins - The Groton School - Collins is a rising freshmen from NY that will be starting his career Groton. At 6’4”, he has great size for a guard and has a solid handle. He’s very good shooting off the dribble as well.

Franziel Reyes - Lawrence High School - The 2015 big man had an impressive first day. He showed a good touch around the rim and used his body well. He also rebounded well on both ends of the floor.

Gregory Trindad - Lawrence High School - Trindad is another rising senior from Lawrence, MA that played well. He was one of the better shooters on the day, having shot very well from behind the arc.

Winfred Pimentel - Lawrence High School - The small but quick guard is a pest on the court. He plays extremely hard and has very good vision.

Adrian Ibeh - Lexington Christian Academy - Ibeh is a versatile wing in the class of 2015. He has the ability to grab a defensive board and start the break.