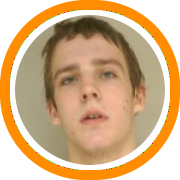 Among the major storylines during the event’s first two days:  St. Andrew’s dominance; Marianapolis Prep’s victory over a tough Proctor team; and the homecoming of four local players who star for Laurinburg.

Marianapolis Prep 94 Elite Shooting Stars 42
The host team jumped out to a 20-1 lead to start the game as they immediately overmatched the Canadian team from the first jump ball.  By halftime the lead had increased to 59-15.  Tom Henneberry and Mike Myers-Keitt both had 17 points to lead the way for Marianapolis.

St. Andrew’s 80 Choate Rosemary Hall 46
With the game tied at 10 six minutes into the contest, this had the look of a good match-up early.  However, St. Andrew’s made 8 three-pointers in the next ten minutes to go on a 38-14 run.  Mike Culpo had 19 points and clearly could have put more on the board had he decided to be more aggressive.  The senior guard was undoubtedly the best player on the floor as he showed his sweet shooting stroke from long-range, as well as the ability to make shots off the dribble from 12-15 feet.  Brian Hanuschak was equally impressive on the interior scoring 17 points and pulling down 13 rebounds.

St. Andrew’s 89 Wilbraham & Munson 44
St. Andrew’s again put on a shooting exhibition as they knocked down 15 three-pointers over the course of the game.  Culpo and Hanuschak again dominated as an inside-out tandem finishing with 17 & 18 points respectively.  Manny Odugbela played well for the second consecutive day scoring 12 points off the bench while showing a much improved perimeter shooting stroke.  Alan Williams led Wilbraham & Munson with 13.

This game was certainly one of the day’s most competitive and well played on both sides.  Proctor’s backcourt of James Cormier and Zandy Bard helped their team open up a double digit lead early in the first half.  Cormier ran his team to perfection, knocked down shots from the perimeter, and showed incredible heart and toughness given that he was hospitalized with an illness earlier in the week.  Bard was equally impressive as he also showed a potent long range stroke in addition to the ability to attack off the bounce.

Despite the early deficit, Marianapolis would not give in.  They finished the half with a 9-3 run to end the period down only 36-32.  They continued their strong play to start the second and eventually tied the score at 36.  The game went back and forth with multiple lead changes until the nine minute mark when Tom Henneberry hit a three-point field goal from the right wing.  Less than a minute later Nikoal Vukadinovic knocked down a three-pointer of his own which was quickly followed up by a Cory Wright Jr. pull-up jumper from the short corner to establish a 62-51 lead for the home team.

But now it was Proctor’s turn to make a comeback as they got five points each from Cormier and Bard to go on a 10-0 run to cut the lead to 62-61.  Just when it looked like Marianapolis was finally about to lose their lead, Henneberry knocked down another timely three-pointer to extend their lead to 65-61.  On the next possession Mike Myers-Keitt made a strong drive down the middle and finished with a runner after knocking over a defender attempting to take a charge.  After Cormier hit a pull-up three off the dribble at the other end, Henneberry iced the game at the free-throw line.

Myers-Keitt finished with 18 points to lead Marianapolis, while Henneberry scored 15, Aaron Strothers 12, and Wright 11.  Bard has 22 for Proctor, Cormier 16, and Matt Williams 17.

Brimmer & May 66 Hebron Academy 44
In a game that wasn’t as close as the score indicates, Brimmer & May completely overwhelmed Hebron Academy who was playing without their top player Jordan Payton.  Derek Retos continued to show why he is an extraordinary long distance shooter knocking down five three-pointers.  Kyle Casey played unselfishly scoring 13 points despite the fact that he could have easily gone for 30+ had he looked for his shot more.  Mike Van Rotz led Hebron with 18.

Blair Academy 68 Buckingham, Browne, & Nichols 44
BB&N was able to hang tight in the first half despite playing without Andrew McCarthy, as Blair took only a slim 26-20 lead into the locker room.  Blair was able to open up a 13 point lead by the seven minute mark which they continued to expand throughout the game’s final minutes.  Austin Johnson led Blair with 20 points while Stanford bound guard Jarrett Mann chipped in with 11.  Zach Kahane led BB&N with 17 while Austin Capaviella had 10.

Vanier 61 Laurinburg 59
Gabe Fumudoh, Raheem Singleton, Aaron Williams, and Greg Colarusso all made their homecomings as they returned to New England with their Laurinburg team.  In a game that went back and forth throughout all 32 minutes of action, Vanier scored one of the most dramatic victories possible.  They trailed 59-58 with under 5 seconds to play when they in-bounded the ball to Hernst LaRoche who coasted down the right sideline and launched an off-balance, running three-pointer from just in front of his bench that swished through the night as time expired to win it for Vanier.  Fumudoh had 16 for Laurinburg, Singleton 14, and Williams 11.  LaRoche scored 18 for Vanier and Mike Flannery led the way with 19.