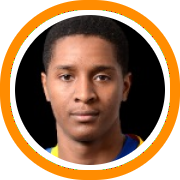 The Hoop Mountain Prep Classic continued on Saturday at St. Andrew’s School in Rhode Island with five more exciting games.  Here’s a rundown of the action:

One day after dropping 25 points, Crothers’ unsigned senior guard Trae Bell Haynes turned in his second consecutive big performance, netting a game high 32 over Lee Academy, including 24 in the second half.  Haynes was equally impressive creating opportunities for his teammates, adding 11 assists to match his scoring output.

Lee Academy got good backcourt production of their own thanks to 17 points from Aaron Calixte, while Mihailo Vasic contributed a team high 23.  Ultimately though it wouldn’t be enough, as Crothers overcame a narrow halftime deficit to score the win.

Competing against a team comprised exclusively of post-graduates, the freshmen at Commonwealth Academy turned in a very gutty performance en route to a convincing win.  Six-foot-six forward Jordan Harwick used his length and toughness inside the paint to challenge shots and clean the glass, while also adding 9 points.  Shyheim Hicks was the sparkplug offensively with 5 three-pointers and 23 points.

On a weekend that has thus far been dominated by guards, South Kent and Bridgton each offered a standout frontcourt prospect.  Dusan Perovic led the way for the Cardinals, scoring with both hands inside and stepping out to show some range while shooting 9-10 from the floor to finish with 21 points.  The Wolverines were led by Zach Lydon, who dominated the glass on both ends to the tune of 19 points and 15 rebounds.

South Kent looked to extend their lead with a couple of timely runs in the second half, but Bridgton refused to go away easily.  Gavin McTavish proved to be a spark plug while scoring 18 points and showing range out to the three-point line for Bridgton while South Kent freshman guard Tremont Waters iced the game at the free-throw line to secure the decision.

Notre Dame Prep came out and put this game away early, never giving Stanstead a chance to get going. Jarvis Garrett had the best scoring performance of the day, following up on yesterday’s 21 point outing with an incredible 42 point performance that included 9-13 shooting from behind the three-point line.

While Garrett’s latest huge performances should only solidify his status as the best unsigned guard left on the board, Pittsburgh bound swingman Detrick Mostella also stood out, dropping 11 first half points.

Brimmer & May got all they could handle from the Kent School before ultimately holding on for the narrow victory.  Kent’s frontline of Jack Stevens and Darnell Gray were relentless on the glass, earning a variety of second chance points, and making it clear that their squad will be a contender in Class A of the NEPSAC this year.

Meanwhile, Mark Gasperini did his best to hold down the frontline for Brimmer & May, finishing with 12 points while also blocking shots and grabbing a fair share of his own rebounds.  Sammy Mojica scored a team high 16 points including some especially tough drives through contact as Brimmer held on for the hard fought win.

In what was undoubtedly the game of the day, Cheshire Academy scored a win that pronounces their return as a New England power, holding off the host Saints in dramatic fashion.

The game went back and forth for the first 17 minutes, but St. Andrew’s closed the half with a 10-0 run to take a double digit lead into the locker room.  Cheshire came charging back in the second, led by Wilfredo Rodriguez, Brandon Spencer, and Tyree Weston.

St. Andrew’s had several opportunities to put the game away at the free-throw line but ultimately shot 2-10 in the second half including the front end of several one-and-one opportunities.  Their final miss came while clinging to a 54-52 lead with just seconds left on the clock.  Weston chased down the defensive rebound, took a dribble, and made a beautiful long pass to senior Charlie DePasquele, who drained a buzzer beating corner three-pointer to deliver a dramatic upset victory for Cheshire Academy.