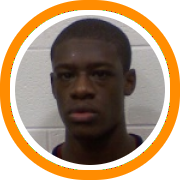 Hoop Mountain held their final Fall Classic event of the fall Sunday afternoon at Skidmore College in Saratoga Springs, New York. Over 140 players from all over the east coast were on hand to play in front of a multitude of Division 3 college coaches. The action kicked off with a half hour basketball workout, followed by six sets of games. Here’s a recap of the day’s action:

Jason Perrier, Christian Heritage - Already with scholarship offers in hand, Perrier was the top talent at the event. This explosive guard did not disappoint. Even when he wasn’t shooting the ball well, he controlled the game with his athleticism and his ability to attack the hoop in the open floor. Eventually, he got it going, showing a very respectable stroke from long range. Altogether, Perrier had a good showing on the day, demonstrating why he is a definite scholarship level guard.

Eric Alleyne, Brimmer and May - Powerful and crafty, Alleyne did what he always does: get into the lane and create scoring opportunities for himself and others. He uses his strong frame to overpower little guards and his tight handle to go by bigger guards. Still looking for a scholarship, Alleyne continues to show an improved shooting stroke, building on what he did this summer. One thing is certain, if Alleyne does slip to a Division 3 school, he will be a major steal.

Aziz Dieng, Pomfret School - Dieng displayed his supreme athleticism, thriving in the up and down nature of the showcase setting. He got to the rim with regularity and finished in traffic, due to his quickness and bounce. Dieng also heated up from long range at times, demonstrating that he can make shots from the perimeter. During one game, he hit threes on consecutive possessions, followed by an athletic finish in transition. Right now, he looks like very high level Division 3 prospect, and may slowly be putting himself in the scholarship discussion as his skills improve.

Dan Guest, Masters School - A beast of a guard, Guest battled Dieng tooth and nail in their matchup. They both used their athleticism and strength to make things very difficult for one another. Guest demonstrated that he can get to the hoop frequently, using a solid array of dribble moves and an overpowering physical frame. Guest is certainly an intriguing prospect because of his strength and ability to defend both guard positions, as well as score off the bounce.

Spencer Dalzell, Red Hook HS (NY) - 2 guard who can make shots and get to the rim. Plays extremely hard and understands the game.

Connor Merrill, Vergennes Union - Long forward who can score in and out. Looks like a potential NESCAC player who really understands his role and is unselfish.