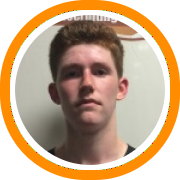 The high school basketball season officially ended in New England over the weekend as the last of the state champions was crowned on Sunday and so today we'll begin the process of looking back on the six state associations.

Up first is the CIAC in the state of Connecticut where Hillhouse extended their New England record for most state championships, despite a controversial suspension to one of their best players, while Sacred Heart finished undefeated and won their fourth straight state championship.

What was billed as a loaded Class LL bracket, proved to be relatively easy work for Hillhouse as they won four of their five games, including Saturday's final, by 20+ points. Their toughest test was in the semi-finals against defending state champions East Catholic. The Academics survived 53-45 but it came at a cost as junior star Bryon Breland was assessed two controversial technical fouls and subsequently suspended for the state championship game. Nevertheless, Hillhouse rallied behind their star, arrived at the state finals in warm-up shirts wearing his number 22, and went on to defeat East Hartford 78-58 behind 19 points from senior guard Joe Kasperzyk.

Click here for a full recap from the Hartford Courant and see the video care of CPTV Online below.

In Class L, Sacred Heart faced plenty of adversity on their way to their fourth consecutive state championship. Junior star Raheem Solomon watched the game in street clothes after tearing his meniscus earlier in the month during the conference tournament. Nevertheless, they still ran away from Notre Dame Fairfield behind 24 points and 11 rebounds from Isaiah Gaiter and 18 from Omar Rowe. The final score of 75-53 made them the first team to win four straight CIAC state championships since Harding High School from 1983-1987.

Click here for a full recap from GameTime CT.

In Class M, 11th seeded Brookfield won a series of close games to come out as the eventual champions. It was a 7 point win in the opening round, followed by a 2 point decision in the 2nd, and then three straight three point wins in the quarterfinals, semifinals, and, finally, the finals with a 63-60 win over Bloomfield.

Click here for a full recap from the Danbury News Times.

Trinity Catholic knocked off Westbrook 61-52 in the Class S final to win the 7th state championship in the program's proud history. Dutiel Contavio led the way with 13 points, 13 rebounds, and 5 blocks.

Click here for a full recap from GameTime CT.