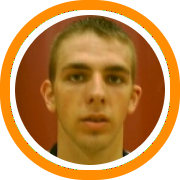 The stage was set late Wednesday night as the 8 team platinum bracket in the 17 and under field included the New England Playaz, Connecticut Basketball Club, Metro Boston, and the New Hampshire Wildcats.  Metro Boston and the Wildcats found themselves matched up against each other in the quarterfinals.

The Wildcats continued to get strong play from forward Vytas Kriskus, who averaged a double double throughout the tournament, while the backcourt of Mike Aron and Madison Maxwell also stepped up today.  Aron did a great job of controlling the tempo of the game as he got his team out into their break while still taking good care of the ball.  In fact, Aron earned at least 7 assists in all 3 games this week while only accumulating 2 turnovers.  Maxwell provided some much needed slashing hoops at key points in the game and showed an ability to finish the old fashioned three-point play on more than one occasion.  Nevertheless Metro Boston, and their backcourt of Stevie Mejia and Chris Flores, was able to score some key baskets down the stretch in order to pull out the victory and advance.

Meanwhile the Playaz and CBC both turned in dominating performances in their quarterfinal games to set up a semi-finals match-up that would go down as the game of the tournament.  The Playaz established the lead early in the game and although they were able to maintain it all the way through the five minute mark of the second half, the game was close all the way through.

After leading 30-28 at the break the Playaz opened up the second half with a 6-0 run as CBC missed several consecutive three-pointers resulting in long rebounds to fuel the Playaz transition attack.  The return of Janzy Cruz to the lineup made their fast break even more deadly than normal as there were now two outlet options with Cruz and Terrell Halloway ready to push the ball down the floor at a moment’s notice.  Andrew Van Nest was the beneficiary of those hard pushes on more than one occasion as the big man did a great job of running the floor and dunking the ball in stride.

But despite their increasing deficit CBC continued to fight back.  Greg Mangano, who has been having a tremendous summer so far, knocked down a three-pointer to cut the lead to five and soon afterward Romeric Lasme grabbed an offensive rebound and threw it down to make it a one possession game again.

CBC was able to take their first lead of the game with just under 5 minutes to play as Stanford Dulaire knocked down two free-throws after being fouled while going for a transition lay-in.  But on the next possession the Playaz pushed the ball hard down the floor and got TJ Robinson a touch in the post, who responded by knocking down an 8 foot turnaround jumper.  The next three and a half minutes would follow this same pattern as the two teams went back and forth exchanging baskets.

Finally with 14 seconds left to play and the game tied at 59 the Playaz called a time-out to diagram their last play.  Just beyond half court Billy Baron in-bounded the ball to Terrell Halloway, who began to size up the defense.  With the offense appearing to take the shape of a 1-4 isolation set for Halloway everyone in the gym thought the talented point guard was about to go to work.  But Baron had sprinted in after taking the ball out of bounds and was now darting along the baseline, coming off of every one of his teammates’ shoulders to free himself in the corner.  Simultaneously Halloway was drawing out the corner defender in the CBC zone.  As Baron came off his final screen, Halloway hit him with a perfect pass.  Baron caught the ball, set his feet, and then launched the three-pointer that swished through to give the Playaz a 62-59 win and a trip to the finals.

In the championship game the Playaz ran up against the TW Bluehounds, a Canadian based team who had managed to get past Metro Boston in the semi-finals despite 34 points from Stevie Mejia.  This was another game that went back and forth throughout the entire clock.  But down the stretch Troy Gillenwater refused to let his team lose as he came up with big basket after big basket every time a critical possession presented itself.  Gillenwater attacked the offensive glass, showed his classic soft touch on the block, and even made a spinning drop step move from the post before throwing the ball down with 2 hands.  Ultimately Gillenwater and company proved to be too steep a challenge for the Bluehounds to overcome as the New England Playaz captured the first ever National Invitational crown.

Immediately following the 17u championship game came the 16u championship game.  This one went as predicted as the New England Playaz ran away with the title to give their club the two biggest prizes of the day.  Nyheem Sanders continued to build upon his terrific tournament while Nadir Tharpe was almost impossible to stop when going to the basket.

Although the Playaz dominance of the tournament championships was certainly the story of the day there were also some individual performances that couldn’t go unnoticed in the gold, silver, and bronze brackets.  We will start with Kevin Donahue, who always seems to shine at Hall of Fame Tournaments.  In a terrific game Donahue matched up against local Springfield star Alex Berthiaume as the Hawks took on Dunbar.  Donahue was very impressive with a terrific outside shot, a mid-range pull-up where he stopped on a dime, as well as the ability to create for his teammates inside the lane.  Meanwhile Berthiaume was also bombing away from downtown while also relying on his more talented supporting cast of Rashad Wright, Pat Donnelly, and Isiah Wallace to pull out the victory.

Another point guard, Raheem Singleton, was impressive for the second consecutive day.  Of all the point guards in the gym, including the likes of Mejia and Halloway, Singleton has done the most to improve his physical structure.  And that powerful body makes him very hard to stop both when attacking the rim off the dribble or in transition, two things he did very well today.

Tyler Patch caught fire to lead his New England Warriors team to a first place finish in the Bronze bracket.  Patch scored 30 points, including 6 three-pointers, to lead his squad over the Western Massachusetts Wildhawks during the afternoon.  In addition to showing some expert marksmanship from downtown the talented guard also showed two intangibles that coaches love as he is obviously a very hard worker with a good understanding of how to play the game.

Another player who clearly knows how to play the game is Ryan Herrion.  Herrion had a terrific morning performance for his New Hampshire Playerz team as he equaled Patch for the day's high of 6 three-pointers in a single game.

In the 15 and under bracket the Massachusetts Thundercats were able to defeat Connecticut Basketball Club to earn the championship.  The most entertaining portion of the game was the personal battle that was taking place between Denzel Brito and Luke Mattarazzo.  Brito and Matarrazzo went back and forth in the game’s final minutes creating off the dribble (although they weren’t guarding each other).  While Brito is more of a one dribble driver who maximizes every step Matarazzo showed terrific quickness and creativity off the dribble to get into the paint and create a shot for himself or one of his teammates.

After the two day tournament had finally come to an end it had been the destination of over 75 teams, 700 players, and 100 college coaches.  Thanks to all of you!