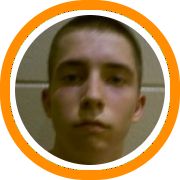 Select, coming off of their 16U national championship this summer, showcased an extremely talented and deep roster.  While Tyrone Gardner, Adrian Satchell, Steven Samuels, and Josh Turner all returned from this summer’s team, they were joined by the likes of Florida bound big man Allan Chaney, B.J. Monteiro, Marcus James, and Darryl McCoy to form an extremely talented squad.

On the other side of the court was New England Select, a program that is collecting championships in recent months including the Hoop Group Fall Jam Fest only two short weeks ago.  But this weekend they were noticeably shorthanded up front as Erik Murphy and Jordan Williams were both not in action.  To make matters worse Dartaye Ruffin went down with an injury that kept him out of action for the championship game.

With his top three post players all unavailable, Playaz Head Coach John Carroll relied on an up-tempo offensive attack.  The fast pace of the game was exactly what Janzy Cruz needed to make his presence felt.  The Winchendon point guard scored 14 points while handing out 11 assists to dominate action in the first half.  His quickness and skills with the basketball were on full display as he was impossible to keep out of the lane.

Not to be outdone, Select point guard Tyrone Gardner put on a show of his own.  In addition to scoring a game high 27 points the lethal lefty also handed out 6 assists as he helped his team establish a 12 point lead with just under 10 minutes to play in the game.

But the Playaz refused to quit, instead rededicating themselves to the transition game.  Slowly but surely they chipped away until an Austin Carroll three-pointer tied the game at 70 with five minutes remaining in the regulation.

Carroll wasn’t done as he would be instrumental down the stretch.  After the teams traded baskets for the next two minutes, the 6’3” junior guard from Worcester Academy knocked down a pull-up jumper off the dribble to give his team a lead that they wouldn’t again lose.  In the contest’s final minute Carroll sealed the championship for his team going 4-4 from the free-throw line.

Also playing well for the Playaz was Nate Lubick and Derrick Thomas.  Lubick’s impact on the game was consistent throughout the 32 minutes of action as the talented sophomore forward scored 12 of his team high 25 points in the first half.  Thomas thrived in the team’s transition game as his speed and athleticism were very apparent as he ran the lanes and finished the break.

Select had various players shine throughout their run to the finals.  Marcus James and Darryl McCoy were at their best in the team’s semi-final victory.  McCoy was great in pick n’roll action as well as with his back to the basket where he scored with jump hooks and turn-around jumpers.  James scored in multiple ways as he attacked the rim, crashed the offensive glass, and knocked down open shots from the three-point line.  B.J. Monteiro and Allan Chaney were consistently effective throughout the weekend while Josh Turner was at his best in the open floor as well as on the defensive end of the floor.

Other players who impressed this weekend included:
Uche Egesionu and Brian Johnson:  The interior tandem was very effective for the Boston Soldiers throughout the weekend.  Egesionu demonstrated some deceptively quick footwork in the post while Johnson was an inside-out threat who finished well close to the rim and knocked down shots from the perimeter.

David Gibbs and Chris Prescott:  Both members of the CBC backcourt had periods of brilliance during Saturday’s action.  Gibbs owned the most explosive dunk of the weekend as he punished a helpless defender by literally dunking over him.  Prescott’s smooth release from beyond the arc was in full effect on Saturday as well as he scored 9 consecutive points at one point during his team’s opening game.

Anthony Ireland:  The point guard from Crosby High School in Waterbury, Connecticut was terrific throughout the weekend as he carried his team through large stretches of multiple games.  Despite being somewhat undersized he was able to get into the lane and make plays as well as showcase his soft shooting touch from behind the three-point line.

Luke Mattarazzo and Phillip Gaetano:  The backcourt duo led their team to double digit victories in each of their three pool play games, including an upset victory of the Boston Soldiers.  Gaetano’s floor vision and ability to pass the basketball was the perfect compliment to Mattarazzo’s ability to score the ball.  Mattarazzo saved his best for last as he scored 23 points on 8-10 shooting from the floor, including 4-5 shooting from behind the three-point line, in his team’s semi-final loss to Connecticut Select.

Victor DelRosario and Joe Ragland:  Despite their tough draw the Dunbar Community Center was still able to advance to the tournament’s final four, as DelRosario and Ragland led the way.  DelRosario attacked the rim at will showing a quick first step and an ability to create for himself as well as his teammates.  Meanwhile Ragland was deadly from the behind the three-point line as the lefty knocked down open look after open look.

Evan Smotrycz and Adrian Gonzalez:  Smotryz was the talk of the tournament on Saturday as many fans were anxious to get a look at one of the region’s hottest names.  He didn’t disappoint as he shot the ball extremely well from behind the three-point line and led his team to a 2-0 record on Saturday.  While Smotrycz dominated the arc, Gonzalez owned the paint as the athletic forward was a beast inside rebounding and finishing around the rim.

Dan Clark and Brian Clark:  The twins from Frontier Regional High School in Deerfield, Massachusetts were both impressive as they starred for the Western Mass Wildhawks this weekend.  The brothers are extremely skilled and both possess a great feel for the game.