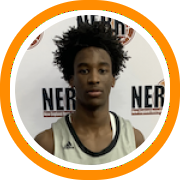 Putnam Science Academy point guard Arturo Dean announced his verbal commitment to Florida International on Monday afternoon, choosing FIU over a number of other D1 offers ranging as high as the Atlantic 10 Conference.

Dean is originally from Miami and so his commitment brings him back home after coming to PSA this fall as a post-graduate.

Beyond the accolades, Dean became known for his toughness and ability to defend the basketball for the length of the floor.

“Arturo is a special player. He plays 40 minutes on both sides of the floor.” Putnam Science Academy head coach Tom Espinosa said. “He’s a winner and a leader. He told me multiple times, we are not going to lose this year. Just a self-confident tough kid.”

“We have Day Day Gittens going to FIU as well. They are getting two tough guards that want to win. Arturo fits into that league and I believe will be fine for many minutes as a freshman.”